Center for the Arts Gets National Attention 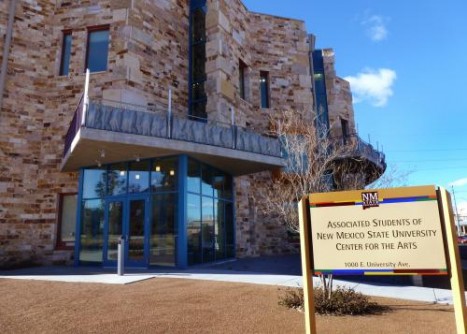 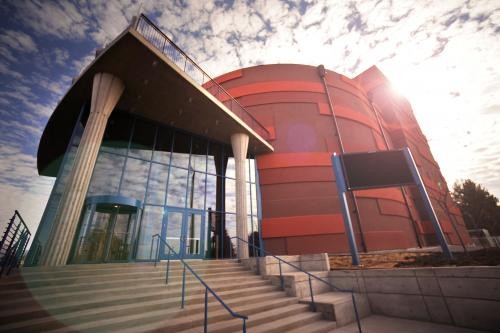 Newswise — The Associated Students of New Mexico State University Center for the Arts building was featured in the January issue of College Planning and Management magazine.

The article highlights the architecture, design and overall inspiration of one of NMSU’s most prominent buildings.

The building committee outlined several goals while planning the building, which included: a state-of-the-art theater and teaching facility, with equipment and spaces for training students to work in any theater anywhere, with support facilities to go with it; a cutting-edge contemporary design that will inspire lively discussion; and to address University Avenue and to engage the community. The building is at 59,800 square feet, seating 450 comfortably in a two-balcony theater.

The architects Holzman Moss Bottino Architecture of New York City and ASA Architects of Las Cruces designed the building with the valley, Organ Mountains and New Mexico in mind.

“The interior of the building is organized around a central “arroyo” – the three-story winding space that connects all three major entrances and is featured on the cover of the magazine,” Walke said. “The arroyo theme is enhanced by the murals on the west wall, depicting New Mexico landscapes. The mural is part of the Art in Public Places (1% for Art) program artwork – the other part is the fabulous ceiling of the main theater.”

The stone exterior represents the New Mexican terrain and the red and green stucco colors were influenced by the state’s burning question, “Red or green?”

“There are many subtle and not-so-subtle other design features: for example, the Rehearsal Hall above the south entrance, which serves as a lantern or beacon when seen from the Horseshoe in the evening and to engage passersby by seeing students at work; the circular shape which fits nicely onto the site and yet allows for easy movement around the building; and the stepped-down and receding forms of the west elevation in deference to the adjacent Conroy Hall, one of the campus’ oldest buildings,” Walke said.

ASNMSU CFTA has won a number of awards and has been featured in a number of publications. Some of these include LEED Gold certification; an article in Stone World, July 2014; an article in Green Building & Design, September-October 2014; and the Association of General Contractors (AGC) Best Building 2014 award for best “Construction Manager-at-Risk” building. 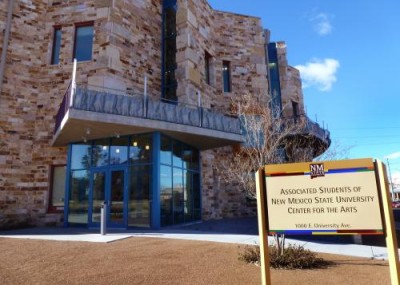 Caption: Signs were up in December to show the new name for the Center for the Arts. Renaming the building the Associated Students of NMSU Center for the Arts was approved by the NMSU Board of Regents at its regular meeting Dec. 12. 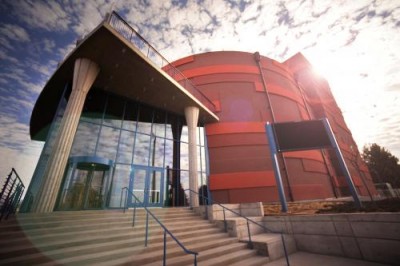