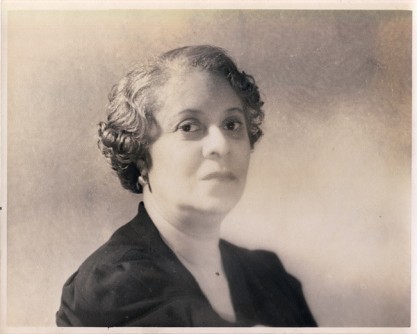 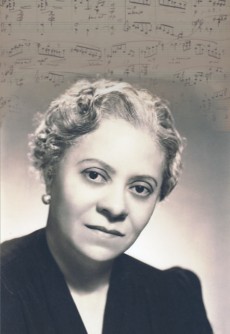 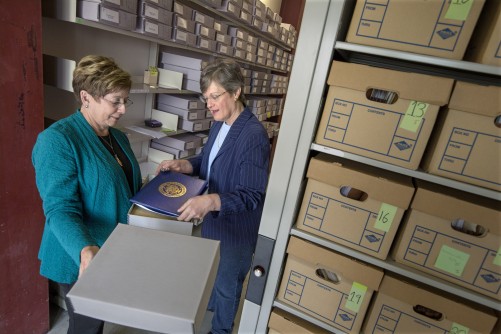 Photo by Ben Krain/University of Arkansas at Little Rock.

Deborah Baldwin (left) accepts a donation of Florence Price artifacts from Linda Holzer (right) on behalf of the Center for Arkansas History and Culture.

Newswise — A famous Arkansas composer, teacher, and pianist has been honored by the Arkansas State Music Teachers Association for her lifetime of musical accomplishments after being denied entry to the organization nearly a century ago because of her race.

The Arkansas State Music Teachers Association was founded in 1917. Although the exact year is not known, Price applied and was denied entry to the organization sometime between 1917 and 1927.

Linda Holzer, professor of music at the University of Arkansas at Little Rock, was instrumental in making sure Price was recognized after all these years.

“I heard Florence Price’s music on a recording that had been released in the early 1990s by the African-American concert pianist Althea Waites. I was very impressed by the beauty and dramatic power of the music, and this is what led me to study her piano works for my doctoral dissertation,” Holzer said.

When members of the association discussed ways they could celebrate its 100th anniversary, Holzer suggested honoring Price with the Music Teachers National Association Foundation Fellow Award.

“Most of the current members of ASMTA were unaware of the history,” Holzer said. “Board members were supportive of the idea and were understandably dismayed to learn how Price had been treated in the early 20th century. So 2017 was the year to put the proposal forward formally, and the board voted in June 2017 in favor of my nomination of Florence Price for a 2018 MTNA Foundation Fellow.”

Holzer attended the Music Teachers National Association conference in Orlando in March to accept the award on Price’s behalf. Price passed away in Chicago in 1953. The last line in Price’s biography in the association’s program reads, “Denied membership in ASMTA during her lifetime, we proudly honor her now.”

“The decision of the Arkansas State Music Teachers Association to honor Florence Beatrice Price as an MTNA Foundation Fellow is one of the most generous and thoughtful acts I have ever encountered,” said Gary Ingle, executive director and CEO of Music Teachers National Association. “I am thrilled that the ASMTA wants to redress the injustice committed during a different time in our nation’s and ASMTA’s history.”

Holzer donated the conference program and Price’s certificate and pin to the UA Little Rock Center for Arkansas History and Culture so that it can be preserved for future generations.

“It’s exciting for the Center for Arkansas History and Culture to play a role in providing overdue recognition for such an important classical composer from Arkansas,” Center Director Deborah Baldwin said.

This month, Holzer traveled to Austria and Slovenia to perform as a classical pianist in “Masterpieces by American Women Composers.” The program prominently featured music composed by Price and will be the first time Price’s music has been performed at these locations. Holzer is happy that these efforts are providing opportunities for today’s audiences to rediscover Price’s talents.

“Florence Price was a determined, tremendously talented musician,” Holzer said. “She did not let the discrimination slow her down. She went on to achieve so much as a composer and pianist and organist and teacher. I think about the movie ‘Hidden Figures’ that came out last year about accomplished but hidden women in math and science working behind the scenes at NASA. Similarly, I feel like Florence Price’s contributions were minimized during her lifetime.” 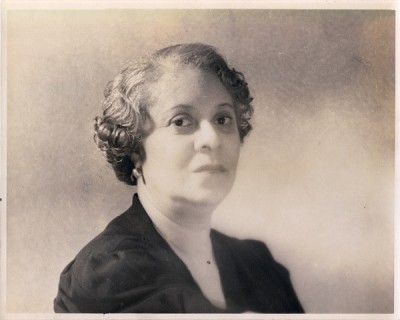 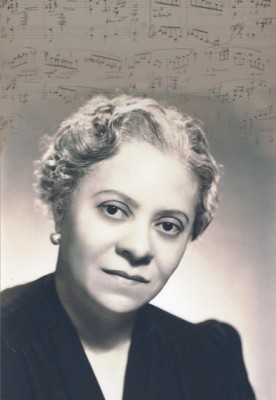 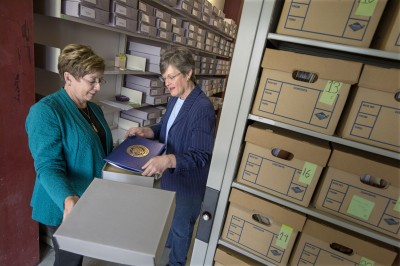 Credit: Photo by Ben Krain/University of Arkansas at Little Rock.

Caption: Deborah Baldwin (left) accepts a donation of Florence Price artifacts from Linda Holzer (right) on behalf of the Center for Arkansas History and Culture.