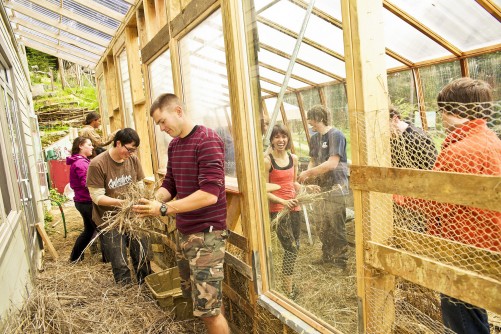 Newswise — The Association for the Advancement of Sustainability in Higher Education (AASHE), a national nonprofit that empowers higher education institutions worldwide to lead the sustainability movement, has included several California State University campuses in its 2017 Sustainable Campus Index.

Sacramento State, Cal State Northridge and Humboldt State were included in the list of the 10 top performing master’s institutions in the nation and each holds a Gold rating from STARS indicating multidisciplinary efforts in key areas of sustainability.

San José State, which was also ranked a top performer for waste minimization and diversion, was recognized for its efforts in sustainable transportation thanks to its innovative work with solar-powered Automated Transit Network (ATN) development.

San Francisco State was also lauded for its work involving sustainable transportation as well as investment and financing. In 2014, the San Francisco State Foundation committed to limiting its direct investments in companies with significant carbon impact, further reducing its impact on the environment.

Cal Poly San Luis Opispo was also included in the list of top performing universities teaching sustainability for their bioresource agriculture engineering course that empowers students to design and install solar photovoltaics systems on university buildings. The school was also included in the sustainable food and dining group for its “Real Food Cooperative,” which aims to provide students with more organic, locally-sourced food.

Cal State San Marcos’ REC Outdoor Adventure department established a Carbon Footprint Onset Program to offset the carbon emissions produced when traveling to and from adventures. The program delivers the monetary offsets to the Student Sustainability Club which, in turn, implements projects to limit greenhouse gas emissions and educate the campus community.

CSU campuses are continuously recognized for efforts to incorporate sustainability principles into all areas of learning. These efforts not only positively affect the environment, they contribute to student success by inviting students to engage in the processes and prepares them for jobs in an increasingly green economy.