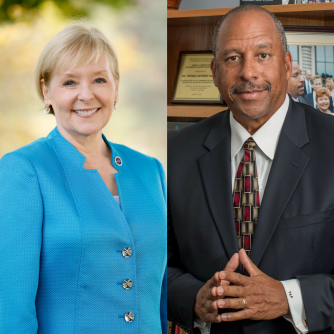 Zelezny currently serves as provost and vice president for academic affairs at Fresno State University. She will become the fifth permanent president of CSUB and the first woman to serve in that role. Zelezny will succeed Horace Mitchell who will retire from CSUB at the end of the 2017-18 academic year.

Parham is the vice chancellor for student affairs at the University of California, Irvine. He will become the eighth permanent president of CSUDH and succeed Willie Hagan who will retire from the university at the end of the 2017-18 academic year.

Zelezny and Parham will join the campuses in their new roles in late June.