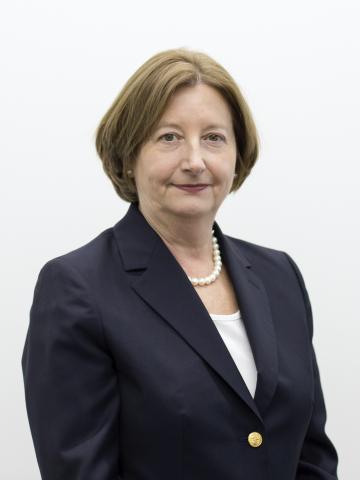 Case Western Reserve has awarded the Inamori Ethics Prize annually since 2008 to individuals who have made significant and lasting contributions as global ethical leaders.

In 2010, Fernández de Gurmendi was elected as the Central and South American judge to the ICC. She was elected as ICC president in 2015, serving in that role until 2018.

Before joining the ICC, Fernández de Gurmendi was director general for human rights at the Ministry of Foreign Affairs of Argentina. She also represented Argentina before other human-rights bodies and advised on transitional-justice issues related to the prevention of genocide and other international crimes.

“Judge Silvia Fernández de Gurmendi is a paragon of ethical leadership on the world stage,” said Michael Scharf, co-dean of the School of Law and the Joseph C. Hostetler — BakerHostetler Professor of Law. “Her tenure as the first female president of the International Criminal Court marked a significant step forward in the leadership role of women in international justice.”

Fernández de Gurmendi will be awarded the prize and deliver a free public lecture about her work as part of an academic symposium and panel discussion during Inamori Center events Sept. 10-11 on the Case Western Reserve campus in Cleveland.

She was awarded the 2017 Global Jurist of the Year by the Northwestern University Pritzker School of Law’s Center for International Human Rights in recognition of her contributions to the advancement of international criminal law as sitting judge.

“We are very proud to honor Judge Fernández de Gurmendi,” said Shannon E. French, Inamori Professor in Ethics and director of the Inamori Center. “She played a central role in the creation of the ICC and has worked tirelessly to see that those who commit war crimes and crimes against humanity are held accountable for their actions. She is also our first Latinx recipient of the prize and the first from South America. Now more than ever, international standards for human rights must be championed and upheld.”

Government/Law In the Workplace International Law