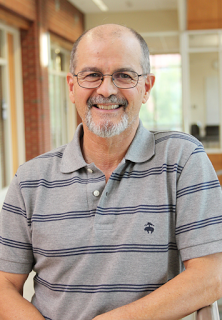 Newswise — It is the great pleasure and honor of the School of Chemical, Biological and Materials Engineering to announce that Dr. Daniel Resasco was named the Inaugural Gallogly Chair of the Gallogly College of Engineering this September, pending Regents’ approval in October. Resasco has served as a member of the CBME faculty since August of 1993 and currently holds the titles of the Douglas and Hilda Bourne Chair and the George Lynn Cross Professor of Engineering.

His list of achievements include but are not limited to more than 40 patents (the greatest number in the GCoE), more than 250 publications and an average of nearly $1 million per year in research funding for the past five years. He has served on the executive committee for the International Congress on Catalysis and as the associate editor of the Journal of Catalysis since 2001. He worked as the senior scientist at Sun Company, Inc., and is the founder of SouthWest Nanotechnologies, Inc.

Resasco is the winner of numerous awards including the Oklahoma Chemist of the Year from the American Chemical Society; the Big XII Rising Star Award from the Big XII Center for Economic Development, Innovation, and Commercialization; and was finalist for the Small Times US Innovator of the Year in 2007.

Resasco most recently was featured in the American Association for Applied Sciences EurekAlert! highlighting his joint work with fellow faculty member Roger Harrison on non-invasive cancer therapy utilizing near-infrared light and single-walled carbon nanotubes, which do not produce the adverse side effects of chemotherapy, radiation or surgery.

Resasco is an invaluable member of the CBME faculty and it is our pleasure to congratulate him on this appointment!