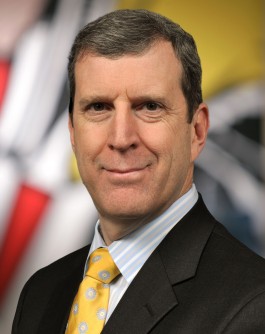 Newswise — Clarkson University alumnus David K. Heacock of Los Gatos, Calif., has been elected to the University's Board of Trustees. Heacock is senior vice president and manager of Texas Instruments Silicon Valley Analog (SVA). SVA was formed through the acquisition of National Semiconductor, one of Silicon Valley’s original semiconductor companies with a heritage of technical innovation dating back more than 50 years.

Previously, he led worldwide strategy and operations for High Volume Analog and Logic (HVAL), where he helped transition its product portfolio into a growth contributor for TI. Before that, Heacock was vice president of Portable Power Management, with overall responsibilities that included product development and product definition. He also managed TI’s battery management product line and has a long history in low-power battery operated components.

Heacock began his career with TI in 1999 when the company acquired Unitrode Corporation, where he was the director of its portable power products. He joined Unitrode in 1998 through its acquisition of Benchmarq Microelectrics, a successful start-up company focused on battery management, where he had served in various new product development and marketing roles since 1990.

Heacock earned his bachelor of science degree in industrial distribution from Clarkson. He received his master of business administration from the University of North Texas, where he is currently a member of the advisory board of the Department of Finance, Insurance, Real Estate, and Law. Heacock also serves on the board of directors of the TI Foundation.

Clarkson University educates the leaders of the global economy. One in five alumni already leads as an owner, CEO, VP or equivalent senior executive of a company. With its main campus located in Potsdam, N.Y., and additional graduate program and research facilities in the Capital Region and Beacon, New York, Clarkson is a nationally recognized research university with signature areas of academic excellence and research directed toward the world's pressing issues. Through more than 50 rigorous programs of study in engineering, business, arts, education, sciences and the health professions, the entire learning-living community spans boundaries across disciplines, nations and cultures to build powers of observation, challenge the status quo, and connect discovery and innovation with enterprise.