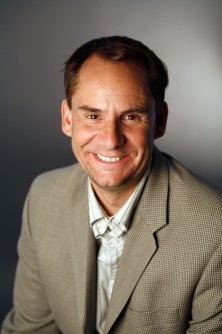 Dominic Brewer – the Clifford H. and Betty C. Allen Professor in Urban Leadership at the University of Southern California and an esteemed expert in the economics of education and educational policy – has been named as Gale and Ira Drukier Dean of NYU’s Steinhardt School of Culture, Education, and Human Development.

Newswise — NYU President John Sexton and Provost David McLaughlin today named Dominic Brewer – the Clifford H. and Betty C. Allen Professor in Urban Leadership at the University of Southern California and an esteemed expert in the economics of education and educational policy – as Gale and Ira Drukier Dean of NYU’s Steinhardt School of Culture, Education, and Human Development. He will take up his duties as dean on September 1, 2014.

John Sexton said, “The Steinhardt School is a school of unique complexity. Its scholarship covers a diverse range of fields – education, of course, but also studio arts and the performing arts; health-related fields; media, culture, and communications; food studies; and applied psychology, to name only some of its programs. The search for a dean required finding a person with an appreciation for a wide range of scholarly interests; the ability to lead a diverse faculty; a commitment to keep research and scholarship at the forefront of Steinhardt’s agenda; and a vision for the school’s future that connects it to NYU’s other schools, our city’s resources, and the global network NYU has built.

“And in Dominic Brewer, we have found such a person. His expertise in education economics and public policy, his experience at the RAND Corporation, his immersion in educational policy, and his own global background make him an ideal candidate for the deanship of Steinhardt.

“But beyond his impressive CV, what most struck the Dean Search Committee, so ably headed by Professor J. Lawrence Aber, was his evident ability to deal with complexity, his thoughtful balance of the visionary and the pragmatic, his forthrightness and sense of humor, his confidence, and his highly strategic approach to the issues confronting Steinhardt.

“And so, David McLaughlin, NYU’s provost, and I proudly welcome Dominic Brewer to the NYU community, and ask all of NYU, and the Steinhardt community in particular, to join us in congratulating him. And we ask everyone to join us as well both in thanking the Dean Search Committee and Professor Aber for bringing us such an excellent candidate, and in thanking Mary Brabeck, Steinhardt’s dean since 2003, for her outstanding service.”

Dominic Brewer was named the Clifford H. and Betty C. Allen Professor in Urban Leadership at the Rossier School of Education at USC in 2007, where he also served five years in Associate and Vice Dean roles. Prior to joining the faculty at USC in 2005, he spent 11 years at the RAND Corporation, rising to vice president in 2004.

Dean Brewer is a labor economist specializing in the economics of education and education policy. He is the author of numerous books, articles and chapters on a broad range of education issues in both K−12 and higher education. His work includes empirical analyses of the effects of teachers on student achievement, class size (including a review of the research literature published in Scientific American), and charter schools as well as a book on competition in higher education, In Pursuit of Prestige (2001). Most recently, he was a co-editor of the major journal Educational Evaluation and Policy Analysis and is co-editor of the forthcoming Encyclopedia of Education Economics and Finance (2014). He currently serves as President of the Association for Education Finance and Policy (AEFP) for 2014-15 and is a fellow of the American Educational Research Association (AERA), elected in 2011.