Don’t Let Your Christmas Gifts End up at the Yankee Swap: SJU Expert's Advice for Selecting the Perfect Gift 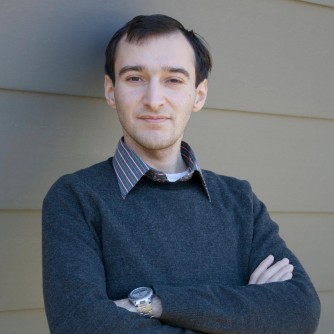 Newswise — During the holidays, consumers can struggle under the pressure of gift giving. Is a creative gift better than a useful one? What about something sentimental? For some, hours of thoughtful gift selection is spent in vain, because over twelve percent of Americans plan to re-gift at least one present this year.

“Givers and receivers don’t always see eye-to-eye,” says Baskin, “and items you think are right for someone may not be what they want at all.”

Baskin’s data shows that consumers often want a gift they can use in their daily lives, though gift-givers may feel that practical gifts are boring or uncreative. “People think very abstractly about the receiver and worry about the signals that they are sending with their gift choice,” he says.

Focusing on practicality, though, goes against much conventional gift-giving wisdom. “It is often considered taboo to give a lot of direction to family and friends who are buying you a gift,” says Baskin. “Givers want to be thoughtful, unique and surprising.” But those attitudes may get your gift sent to the Yankee Swap.

“If someone asks for a certain gift or completes a registry or wishlist, listen to them as opposed to getting creative,” he says. “They asked for that gift for a reason.”

Gift cards are another notable example of practicality over creativity, according to Baskin. Sometimes consumers shy away from gift cards, because they’re small, easy and not personalized. Yet, he encourages buying them this holiday season.

“Gift cards are a nice example of practicality,” he says. “They give receivers freedom of choice and still show thoughtfulness, because they’re purchased for a store they typically like.”

Baskin can even encourage re-gifting – if it is done for practical reasons. He adds, “Obviously, though, don’t tell the giftee that it is re-gifted.” But Baskin discourages any self-delusion: If the gift wasn’t useful to you, it probably won’t be useful to your receiver.

“My golden rule is this: Imagine the type of product you would like to receive when selecting gifts for others,” says Baskin.