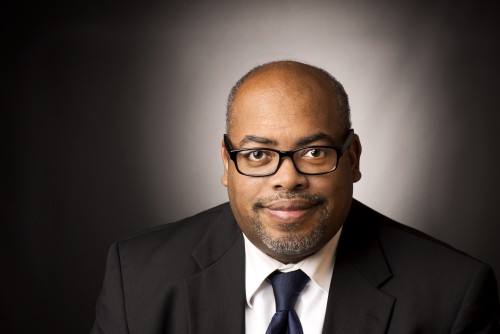 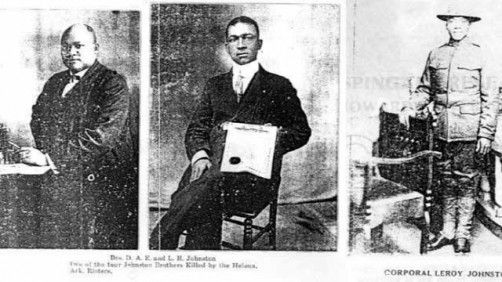 Photo courtesy of The Butler Center for Arkansas Studies.

Newswise — A black World War I veteran and victim of the 1919 Elaine Massacre will posthumously be honored with the Purple Heart and other World War I honors that he was denied a century ago.

For Dr. Brian Mitchell, a professor of history at the University of Arkansas at Little Rock, helping Leroy Johnston receive his medals is about righting a wrong a century in the making. Mitchell has found that Johnston’s medical records were altered, which prevented him from receiving the military honors he deserved.

“Leroy was wounded twice while serving in World War I,” Mitchell said. “His wounds required a long time of convalescence. His records were intentionally altered from ‘severely’ wounded to ‘slightly’ wounded. This impeded him from receiving any awards for being wounded in action. I thought this was a tragedy.”

Mitchell uncovered this tragic aspect of Johnston’s life while investigating the Elaine Massacre in preparation for its centennial commemoration in 2019.

The Elaine Massacre is remembered as one of the deadliest racial conflicts in the country. In September 1919, representatives of the Progressive Farmers and Household Union of America met with approximately 100 African-American farmers at a church to discuss unionizing. When a group of white men interrupted the meeting, two white men were shot. The sheriff organized a posse. A mob of an estimated 500 to 1,000 white people stormed through Phillips County, killing black men, women, and children on sight. Johnston and his three older brothers were killed during the Elaine Massacre.

Determined to right this injustice, Mitchell gathered records that substantiated Johnston’s military service and injuries. He submitted the information to the U.S. Department of the Army over the summer to request that Johnston be awarded medals for his service during World War I.

“We are proud to honor Private Johnston, who died defending our freedoms, by helping to secure four medals he rightfully deserved for his valiant acts of bravery during World War I,” Hill said. “I have a great veterans team of three on my staff who work hard to ensure our veterans, alive and no longer with us, receive full recognition for their service. Tom did a phenomenal job ensuring Private Johnston’s legacy lives on forever.”

“I want to thank Dr. Mitchell for bringing this to our attention,” McNabb said. “It was a privilege to be a part of honoring Private Johnston’s service to our great nation. This is why I do what I do every day to help our Arkansas veterans.”

A ceremony is being planned to present the awards to Johnston’s relatives. Johnston will receive the Purple Heart with one Bronze Oak Leaf Cluster for wounds received in action on Sept. 26, 1918, in France. He also will receive the World War I Victory Medal with France Service Clasp and Champagne-Marne, Aisne-Marne, and Meuse-Argonne Battle Clasps, and the World War I Victory Button.

Kyle Miller, a great-nephew of Leroy’s brother, Dr. D.A.E. Johnston, who was also a victim of the Elaine Massacre, said his family is very grateful that Leroy will finally receive his medals.

“I feel like justice is taking place. When you look at the original document, Leroy’s release paper, it’s obvious that he was qualified for a Purple Heart, but the document was then altered to disqualify him,” Miller said. “A wrong has now been righted. Dr. Mitchell encouraged me to work with Veterans Affairs and inquire about Purple Heart status for my great uncle. I went as far as I could go in the process, but I hit a roadblock. There were some things that I couldn’t verify. Brian kept pushing until he got a breakthrough. I am so glad that he did! I am also extremely grateful to Rep. French Hill and his staff for all of their help. Our family is indebted to Dr. Mitchell. We are all ecstatic!”

The Road to Elaine

Johnston was a private in the U.S. Army. At 23, he joined on Nov. 9, 1917, in New York City. He served in Company M, 3rd Battalion, 369th Infantry, which was also known as the Harlem Hellfighters. Johnston went overseas in December 1917 and was honorably discharged on July 5, 1919. He was wounded and gassed in the Battle of Chateau-Thierry. He also served as a bugler. The Harlem Hellfighters military band became quite famous for introducing jazz to Europe.

The Johnstons were a prominent black family in Jefferson County. Their father, Rev. Lewis Johnston Jr., was the first ordained black minister of the Covenanter Church, and their mother, Mercy, was a former school teacher. Of Leroy’s three older brothers, Dr. D.A.E. Johnston was a successful dentist and inventor in Helena; Dr. Louis Johnston was a physician in Oklahoma; and Gibson Johnston owned a car dealership in Helena, where Leroy worked after his return from war. The four brothers had been out squirrel hunting when tragedy struck.

“What’s sad is that they had nothing to do with the riot. If they had just stayed in the woods for another day, maybe they could have evaded the calamity that pursues,” Mitchell said. “They hop on the train to Helena, and the train is stopped by one of the posses. The posse puts them in the back of a car handcuffed and takes them away. The narrative is that the brothers were all in the car of a well-known politician and business owner. They maintain that one of the brothers grabbed a gun and shot and killed the driver, and then the posse killed the brothers in retaliation. The brothers’ bodies were dumped on the side of the road, and they were supposedly horribly mutilated as well.”

The mother of the Johnston brothers encountered yet another miscarriage of justice when she retrieved their bodies.

“According to her story, the mother had to pay a bounty on the bodies before the coroner would ship them out,” Mitchell said. “She had them sent to Pine Bluff, where their father had taught and been buried. She wanted her sons buried near their father. All of the boys were buried in the same grave because their mother wanted them to be as close in death as they were in life.”

Mitchell is also part of an effort to locate the brothers’ grave. Many of the burial records for Jefferson County were lost in a fire during the 1970s, which has made finding the site of the Johnston brothers’ grave difficult. Mitchell said he believes he has located the cemetery where the brothers are buried and hopes that a grave marker can be placed on their gravesite before the centennial of the Elaine Massacre in 2019.

Miller is thankful for Mitchell’s efforts, which is helping to bring some closure to this dark part of Miller’s family history.

“As a family we grew up hearing about the Elaine Massacre, and we read Grif Stockley’s book (“Blood in Their Eyes: The Elaine Race Massacres of 1919”). It just brought up more questions. We had heard the story for years that the brothers had been buried in Pine Bluff. When Dr. Mitchell started doing his research, he narrowed the burial down to one or two cemeteries in Pine Bluff. This has brought a sense of  closure because his research confirmed that these family oral histories were accurate.”

The Elaine Massacre is something that many people didn’t discuss and would rather leave in the past, Miller said, but he is glad that historians are opening up discussions.

“I’m really glad that these discussions are being held,” Miller said. “It used to be called the Elaine Riot, like it was blacks against whites. In reality, it was only a few white people who were shot, while the blacks were running for their lives in terror. Now there is the foundation to commemorate the Elaine Massacre. The fundamental terminology has been changed. A riot assumes two groups were fighting against each other. That’s not what happened at all. It should be classified as a massacre.” 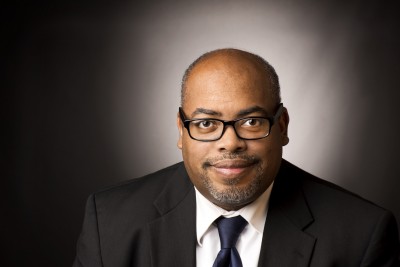 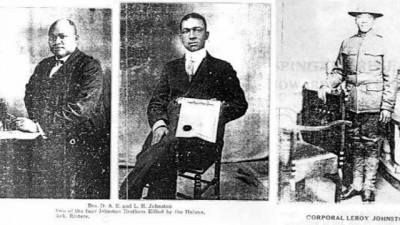 Credit: Photo courtesy of The Butler Center for Arkansas Studies.