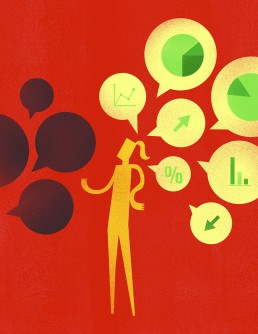 Newswise — Nurses who are eager to lead tomorrow’s health care and patient-safety innovations at the bedside and those interested in influencing policy at the highest organizational levels have a brief window of opportunity to enroll in one of the nation’s top doctoral programs.

Applications are being accepted on a rolling basis for 20 slots in the acclaimed Johns Hopkins University School of Nursing Doctor of Nursing Practice program (summer 2014 entry).

Those admitted will join a rigorous program with limited class sizes and a track record of turning out sought-after grads changing nursing across the country and around the world.

“Our students can say, ‘I actually fixed something.’ And they can prove that it worked,” explains Mary Terhaar, DNSc, CNS, RN, director of a DNP program at the 100-graduate milestone. Part of its success is an intensive focus on Big Data that sets the Hopkins DNP apart. “That’s our brand here—we’re turning out leaders who can see and solve problems in ways that are good for patients and that work for institutions.”

“They take a problem, they go to the evidence, they devise a solution, they translate it into practice, and they publish the results so other people can adapt it for their practice,” adds Terhaar. “That’s what’s so cool about this job, thinking about the impact our problem solvers are having out there in 100 different places.”

“The experience there helped me see health care at more of a systems level, as opposed to the small slice of the pie that’s in front of me at any given time,” says Erik Southard, who is using what he learned at Hopkins Nursing to lead a fledgling DNP program at Indiana State University.

Adds Lina Younan, nursing director at the 130-bed Labib Medical Center in Saida, Lebanon, “The leadership aspect of the Hopkins DNP program has really given me an awareness of the areas where I need improvement and the areas where I have potential.”

“The program at Hopkins has given me a whole different focus with regard to evaluating things,” says Carrie Kairys, a nurse practitioner at a Department of Veterans Affairs facility in West Palm Beach, FL. “Everything is more targeted. I’m able to get to the question of how do I make it better and see the end product more quickly, rather than being overwhelmed by the problem.”