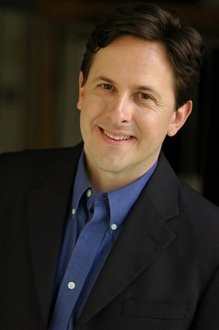 Newswise — ITHACA, NY — Emmy Award–winner Chris Regan, a 1989 graduate of Ithaca College, has been selected to deliver the main address at the college’s 2014 Commencement ceremony, scheduled for May 18. Currently a writer for the long-running animated hit “Family Guy,” Regan won five Emmys and two Peabody Awards writing for “The Daily Show with Jon Stewart” from 1999 to 2006.

After earning his degree in cinema and photography from Ithaca College, Regan broke into television writing for Nickelodeon, where he came up with questions and stunts for such shows as “Make the Grade” and “Family Double Dare.” He later worked as a stand-up comic, appeared in television commercials and sold jokes to various outlets, including the “Weekend Update” segment of “Saturday Night Live.”

When Jon Stewart took over the hosting duties for “The Daily Show,” Regan was his first writing hire. With the rest of the writing staff, he was a coauthor of the best-selling “America (The Book): A Citizen’s Guide to Democracy Inaction.”

“We are honored to invite Chris Regan to deliver the 2014 commencement address,” said Erin Smith, president of the Senior Class. “Since his time at Ithaca College, Mr. Regan has become a critically acclaimed comedy writer who we feel can bring an engaging, humorous message that resonates with our class on our Commencement day.”

“As a graduate of the college, Chris Regan follows in the tradition of our recent Commencement speakers in being able to relate his experience at IC to his successes in the world beyond the campus,” said Ithaca College President Tom Rochon. “I join the Senior Class in looking forward to hearing his reflections — serious and otherwise.”

Since 2006, Regan has written for such television projects as Fox’s “Talkshow with Spike Feresten, “Mad” on the Cartoon Network and Comedy Central’s “The Burn with Jeff Ross” and “The Jeselnik Offensive.” He recently developed a half-hour sitcom with Nickelodeon called “Queen of the Castles” and was the cocreator/executive producer of the comedy “GWANO,” a joint venture of Jim Henson Productions, Morgan Spurlock and Participant Media.

Regan’s published writing includes the books “Mass Historia: 365 Days of Historical Facts and (Mostly) Fictions” and the tongue-in-cheek memoir “Shatner Rules: Your Guide to Understanding the Shatnerverse and the World At Large,” with the actor William Shatner.