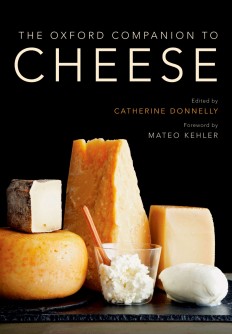 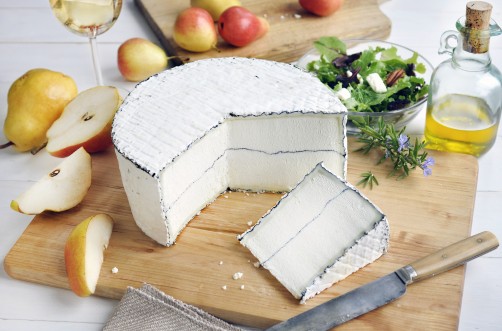 The Oxford Companion to Cheese contains over 100 color and black and white images like this one, of Cyrus Grove's Humboldt Fog goat cheese. The book won a James Beard award .

Newswise —  The Oxford Companion to Cheese, published in November 2016 by Oxford University Press, has won a James Beard Award in the reference and scholarship category. The James Beard Foundation awards are the culinary industry’s most prestigious recognition program.

Four years in the making, The Oxford Companion to Cheese contains 855 entries from 325 contributors in 35 countries and features two 16-page color inserts with over 100 black and white images of cheeses from around the world.

The book was edited by Catherine Donnelly, a professor in the University of Vermont's Nutrition and Food Sciences Department. Donnelly devised all of the 855 categories the entries cover – ranging from cheese regulations and cheese-making techniques to cheese history and cuisines – established the geographically diverse 12-member editorial board that selected many of the contributors and solicited entries, worked directly with numerous contributors herself and edited all the entries, which are signed by the contributors.

“The goal was to reach out to the global cheese community to find experts who were passionate about the cheeses of their country or region and to bring that expertise and passion to the book,” Donnelly said.

In her speech at the recognition ceremony on April 26 at the foundation's headquarters in Manhattan, Donnelly said she was accepting the award on behalf of the contributors, who made the reference work possible, and emphasized that the project, an enormous undertaking not without stress, was also a rewarding one.

“I was constantly reminded that, in a world that seems so divided, I had the joy of working on a project that united so many people,” she said.

Donnelly’s reference was one of two cheese books that won awards from the James Beard Foundation. The other was Milk Made: A Book about Cheese by Nick Haddow.

Having two cheese books in the winner's circle is telling, Donnelly says. “Cheese in our foodie culture, and especially artisan cheese, has risen to a level where there’s an enormous amount going on globally and a real renaissance of interest among chefs and retailers in these incredible products,” Donnelly said.

Cheesemaker Mateo Kehler, co-founder and co-owner of Jasper Hill Farm in Greensboro, Vermont, wrote the forward to the book.

The late James Beard was a prolific cookbook author and teacher and a champion of American cuisine. Founded in 1986, the James Beard Foundation honors his spirit by administering a number of diverse programs that include educational initiatives, food industry awards, scholarships for culinary students, publications, chef advocacy training and thought-leader convening. 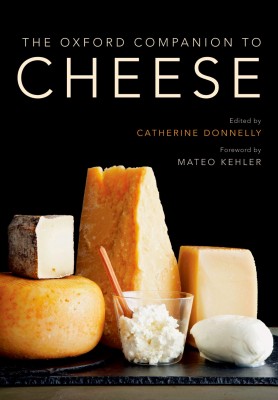 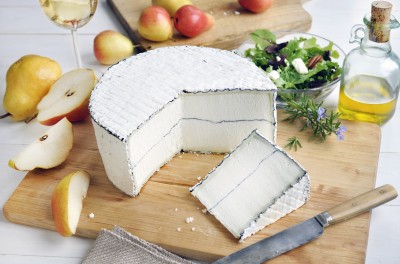 Caption: The Oxford Companion to Cheese contains over 100 color and black and white images like this one, of Cyrus Grove's Humboldt Fog goat cheese. The book won a James Beard award .