Cousin to be joined by Secretary of the Smithsonian Institution Dr. David Skorton and acclaimed physicist and Nobel laureate Dr. Steven Weinberg for the President’s Commencement Colloquy May 27

Cousin to be joined by Secretary of the Smithsonian Institution Dr. David Skorton and acclaimed physicist and Nobel laureate Dr. Steven Weinberg for the President’s Commencement Colloquy May 27

Newswise — Troy, N.Y. – Rensselaer Polytechnic Institute President Dr. Shirley Ann Jackson today announced that Ertharin Cousin, Executive Director of the United Nations World Food Programme, will address Rensselaer graduates on May 28, 2016, during the 210th Commencement Ceremony. Cousin will receive an honorary degree at the ceremony for her contributions as leader of the world’s largest humanitarian organization and her role in raising awareness of food insecurity and chronic malnutrition.

“At Rensselaer, we prepare our students to solve the greatest challenges of our global society,” said Dr. Jackson. “These challenges are complex and interconnected; they require solutions based in deep scientific understanding and cutting-edge technology. We are delighted that the Rensselaer community will benefit from the insights and experiences of Ertharin Cousin, who employs multicultural, multinational, multidimensional, technologically based strategies at the World Food Programme, with the ultimate goal of ending hunger worldwide.”

In addition to serving as Commencement speaker, Cousin will join Dr. David Skorton, 13th Secretary of the Smithsonian Institution, and Dr. Steven Weinberg, Nobel laureate and Professor of Physics and Astronomy at the University of Texas, for the President’s Commencement Colloquy on May 27. The discussion, titled “The Unity Underlying Diversity: Multi-cultural, Intellectual, and Geographic,” will be moderated by Dr. Jackson.

“Rensselaer is establishing a new paradigm for the technological research university that we term ‘The New Polytechnic,’ which is predicated on the necessity of pooling talents and perspectives in order to address the great global challenges,” said Dr. Jackson. “So we are pleased to welcome three honorands who have unified people and ideas with such resounding success.”

For the past 13 years, the Commencement Colloquy has served as a forum for discussion between leaders and influencers with diverse perspectives on global challenges. Past Colloquy participants have included U.S. Supreme Court Justice Antonin Scalia, co-founder and co-CEO of the Carlyle Group David M. Rubenstein, and Harvard University professor Henry Louis Gates Jr.

The Colloquy will take place in the concert hall of the Curtis R. Priem Experimental Media and Performing Arts Center at 3:30 p.m.

Ertharin CousinErtharin Cousin is the 12th Executive Director of the United Nations World Food Programme (WFP). Cousin brings more than 25 years of national and international nonprofit, government, and corporate leadership experience focusing on hunger, food, and resilience strategies. Cousin guides WFP in meeting urgent food needs while championing longer-term solutions to food insecurity and hunger. As the leader of the world’s largest humanitarian organization, she is an exceptional advocate for improving the lives of hungry people worldwide. In 2009, Cousin was confirmed as the U.S. Ambassador to the UN Agencies for Food and Agriculture in Rome. Previously, Cousin served as White House Liaison to the State Department, during which time she was appointed to the Board for International Food and Agricultural Development, and executive vice president and chief operating officer of Feeding America. A Chicago native, Cousin is a graduate of the University of Illinois at Chicago and the University of Georgia Law School.

David Skorton, M.D.Dr. David Skorton is the 13th Secretary of the Smithsonian Institution. Previously, he was President of Cornell University and Professor of Medicine, Pediatrics, and Biomedical Engineering. Prior to Cornell, Dr. Skorton was President of the University of Iowa and a faculty member, with research focused on cardiac imaging and image processing and clinical practice focused on adolescents and adults with congenital heart disease. He was elected to the National Academy of Medicine (formerly Institute of Medicine) and the American Academy of Arts and Sciences. Dr. Skorton is a nationally recognized advocate for the arts and humanities. He was the host of a Latin jazz radio show on Iowa Public Radio and plays the saxophone and flute. Dr. Skorton earned his undergraduate and medical degrees from Northwestern University and did his postgraduate medical training at UCLA.

Steven WeinbergDr. Steven Weinberg is the Jack S. Josey-Welch Foundation Chair in Science and Regental Professor at the University of Texas. His research has been honored with the Nobel Prize in physics, the National Medal of Science, and numerous other awards, and election to the National Academy of Science, Britain’s Royal Society, and other academies in the U.S. and abroad. In addition to six scientific treatises, he has written several books for general readers, including Dreams of a Final Theory, The First Three Minutes, and To Explain the World, and two collections of published essays, many of which first appeared in The New York Review of Books. For this, he has received the Lewis Thomas Award for the Scientist as Poet and other awards. Educated at Cornell, Copenhagen, and Princeton, he taught at Columbia, Berkeley, M.I.T., and Harvard, where he was Higgins Professor of Physics, before coming to Texas.

For additional information regarding the 210th Commencement at Rensselaer, see: http://www.commencement.rpi.edu/ 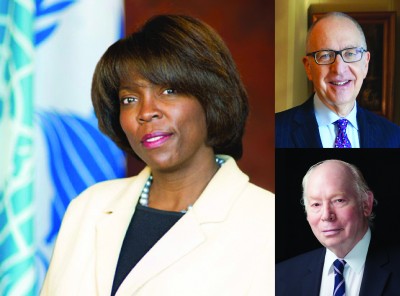 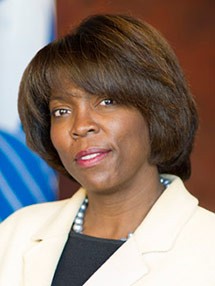 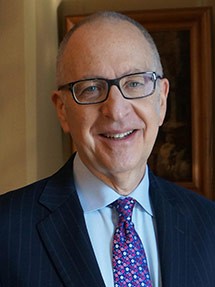 Caption: Dr. David Skorton is the 13th Secretary of the Smithsonian Institution. Previously, he was President of Cornell University and Professor of Medicine, Pediatrics, and Biomedical Engineering. 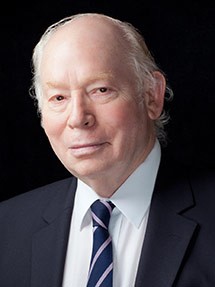 Caption: Dr. Steven Weinberg is the Jack S. Josey-Welch Foundation Chair in Science and Regental Professor at the University of Texas.