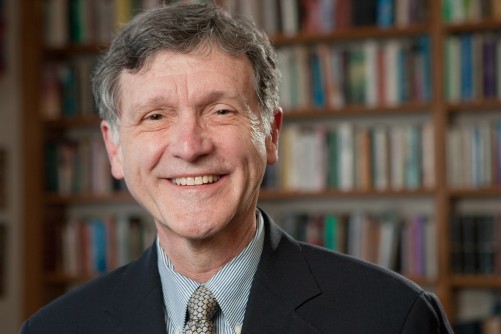 Bill Leonard, a Wake Forest University School of Divinity professor, questions trading real spirituality for “ceremonial prayer.” He is available to comment on this week’s U.S. Supreme Court decision on public prayer and the impact it will likely have on communities and individuals.

Based on the Court’s decision, many cities – especially in the South – will probably include prayer at meetings, Leonard says. "The result will be a short-term renewal of Christian/Protestant privilege in government gatherings. But, the decision could mean varying prayer ‘norms,’ when other religious groups become more dominant or vocal.

In a May 8 column for the Associated Baptist Press, Leonard wrote: “Prayer is talking to God, not to the Emperor, the President, the Congress, political parties, county commissioners, or people gathered for hearings about potholes, zoning or sanitation. They may all need prayer, but certainly not the ceremonial kind. At its depth, prayer is anything but ceremonial; it burns in the soul; dances in the feet; erupts from the gut; cries out against injustice and exposes the struggles of the heart.” He added, “This prayer case and others like it point to a great failure of many government officials and religious leaders alike. In protecting a deity-specific, often majoritarian Christian approach to state-based prayer, we sacrifice robust spirituality for “ceremonial” rhetoric, imposed on a governmentally ‘mixed multitude’ of persons representing various religious traditions or none at all." Leonard, the James and Marilyn Dunn Chair of Baptist Studies at Wake Forest, studies American church history. Widely recognized for his work in American, Southern and Baptist religious studies, he is the author or editor of some 23 books including “Can I Get a Witness? Essays, Sermons and Reflections (2013)” and “Becoming Christian: Dimensions of Spiritual Formation.” He has provided commentary for major news outlets including the Religion News Service, NBC News, and Salon.com