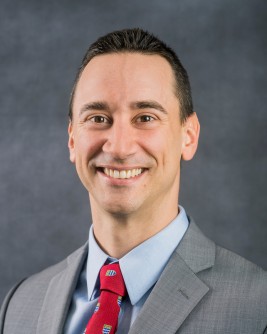 Cuba expert Richard N. Gioioso, Ph.D., assistant professor of political science at Saint Joseph’s University in Philadelphia offers his thoughts on how the death of Fidel Castro will affect the island nation.

"Fidel Castro’s death last Friday night raises questions about the continuation of the current political regime and the direction of internal changes in Cuba, as well as the future of the country’s path of normalization with the United States. Although Fidel was the longtime figurehead and leader of ‘revolutionary Cuba,’ his brother, Raul, has led the government since 2006, initiating and maintaining significant economic reforms. Although many Cuban-Americans are celebrating Fidel’s death from exile, there is little reason to think that it will usher in changes to the one-party political system that his brother has held intact since assuming power.

And what to expect from a Trump administration’s policy toward Cuba? As with many policy issues, both domestic and foreign, it is hard to predict. Trump purports himself and his future administration capable of negotiating a better deal with Cuba vis-a-via normalization, one more favorable to the interests of the United States. These would certainly include additional U.S. values-based demands, including greater political rights and civil liberties for Cuban citizens, as well as more qualitative moves toward free-market approaches within Cuba’s economy.

Nevertheless, the Cuban government is without a doubt preparing various contingency plans for interaction with the new Trump administration, much as it has done in the face of uncertainty during its more than 55-year history.

In short, although a notable amount of change in U.S.-Cuba relations has occurred under the Obama administration, adaptation is the hallmark of governance by Cuban authorities and in the lives of Cuban citizens who live on the island."