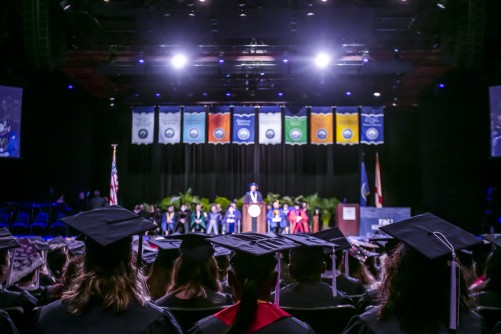 Newswise — Florida Atlantic University moved up in the U.S. News & World Report list of “Top Public Schools,” to No. 132 from No. 140 in this year’s ranking of the nation’s best universities. This marks the largest rise out of all public universities in the state of Florida.

“Florida Atlantic is a top-choice public university and we are thrilled to see that reflected in the national rankings,” said FAU President John Kelly. “Our commitment to ensure success for all has helped elevate FAU on all fronts. I am proud to see the hard work of our faculty, staff and students paying off.”

FAU is the No. 1 public university in Florida for campus ethnic diversity, according to U.S. News & World Report, making it the most racially, culturally and ethnically diverse university in the state. FAU has been designated as a Hispanic-Serving Institution by the U.S. Department of Education since 2017.