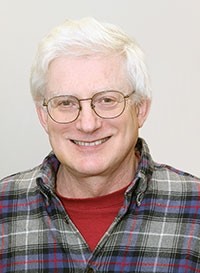 Swarthmore College Professor of Economics Mark Kuperberg is available for comment on the financial crisis in Greece.

According to Kuperberg, the crisis is less about Greece's debt than it is about the fear a lenient solution for Greece's financial crisis will create a precedent within the European Union.

"What it is really about is this fearful word 'moral hazard,' which I have come to believe over time is one of the most destructive concepts economics has ever come up with," Kuperberg told CBS in a recent interview. "The Europeans are putting the screws to Greece in a really inhuman way, not recognizing the pain that Greece has gone through already and the things they have done," he added in the interview. "Say Greece were let off the hook, no one knows what's the probability that any other country would see that as an incentive to behave as Greece did. I would say the probability of that is really extremely low."

Kuperberg, who joined Swarthmore's faculty in 1977, teaches popular courses on macroeconomics. His areas of interest include macroeconomics, public finance, and law and economics. If you would like to speak with Kuperberg, please contact Mark Anskis ([email protected] / 610-328-8271) in the Swarthmore College communications office.