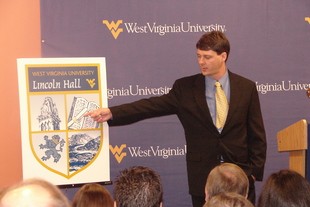 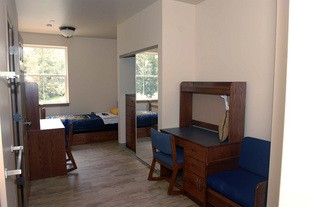 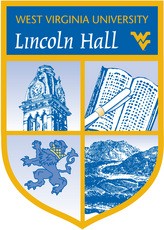 Newswise — Lauren Black, a freshman from Shippensburg, Pa., could hardly contain her excitement as she moved her belongings into Lincoln Hall over the weekend.

Black " one of over 300 students who will embark on an exciting new residential college experience at West Virginia University this month " plans to major in geology so she can study and conduct research on such phenomenon as volcanic activity.

She also wants to go to Europe over spring break with her residence hall-led study abroad program, and already she has joined a leading student organization " "The Pride of West Virginia" Mountaineer Marching Band.

What's more, she just returned from Adventure West Virginia, a unique summer wilderness program that allows new students to bond with one another while enjoying the natural beauty of the Mountain State.

"This is like one big melting pot," Black said of the students she's met and the experiences she's had so far. "It's pretty much like picking out people from every walk of life."

That's exactly what WVU President David C. Hardesty Jr. envisioned in Lincoln Hall " the University's first residence hall to be built since the 1960s and the first modeled by a school WVU's size on a "residential college" concept.

The hall was the backdrop for his annual back-to-school briefing and formal dedication and ribbon-cutting Wednesday (Aug. 16). It is named for U.S. President Abraham Lincoln, who signed legislation that established WVU and other public colleges like it as well as the act by which West Virginia became a state.

"With today's opening and dedication of Lincoln Hall, WVU embarks on a new frontier with our established Resident Faculty Leader Program," Hardesty said. "For the past 10 years, the RFL program has been an integral part of University life with faculty couples living in or near the halls and sharing their homes and hearts with our students.

"What we are now doing with Lincoln " and will eventually incorporate into our other halls " is to create a small but diverse learning community within a larger institution," he added.

A look at LincolnThe four towers that make up WVU's Evansdale Residential Complex were built close to four decades ago, and so they stood as the last "new" residence construction until ground was broken for Lincoln a year ago this month.Lincoln's four-story, suite-style hall will house around 320 freshmen and upperclassmen, who will enjoy 21st century amenities like high-speed Internet connections, a library, study lounges on each floor, a multimedia theater for classes, stage productions and movie screenings.

The hall's name carries a lot of weight, Hardesty said, both for WVU and the state of West Virginia.

"Our hall is named for President Lincoln, who signed the Morrill Land Grant College Act into law, which made WVU and other public institutions like it possible," Hardesty said. "Lincoln was also the president who marshaled the country through Civil War, during which the state of West Virginia was born."

Lincoln Hall's "residential college" model was pioneered by Oxford and Cambridge and Ivy League schools like Harvard and Yale, he noted.

That means Lincoln's student-dwellers will share their address with a young WVU faculty couple and their children: Sven Verlinden, a plant and soil sciences professor; his wife, Lisa; and Lauren and Carson, ages 7 and 5, respectively.These Resident Faculty Leaders and their children will live under the same roof " not as monitors, but as mentors and neighbors.

The Verlindens and other RFL couples are the heartbeat of the First-Year Experience at WVU, Hardesty noted.

They live in an apartment in the residence hall (or in residences just next door), lending support, guidance and out-of-class interaction to students.

The main role of the RFL is to ease the transition for students moving away from home for the first time, while also helping to foster a learning environment outside of the classroom. RFLs share meal times with students, listen to their concerns and plan activities such as trips to museums and amusement parks, dinners and social events.

Hardesty, a WVU alumnus who earned postgraduate degrees at Oxford and Harvard, is understandably excited to see the Lincoln Hall concept in action."This is a real experience and a real environment," Hardesty said. "Research suggests that students involved in these programs have a retention rate between 85 to 90 percent. I can tell you from my past experiences that it can only foster learning and intellectual development."

As part of the unique living and learning environment, 10 faculty fellows from a variety of academic disciplines will teach freshman seminars on topics from Homer's "Iliad" to today's issues dominating the Web blogs and newscasts.

"This experience truly is unique to WVU," Hardesty said. "No other large public university in the country is holistically nurturing students' intellectual and social growth to this scale."

What WVU is trying to do, Verlinden said, is to "create an environment where students will be known individually and the college will nurture intellectual curiosity."

The concept has long been associated with the Oxford College system, he said.

At home with historyThere will also be several associate members " University staff and community members " who will interact with students and discuss mental and physical health, financial management, civic leadership and other issues aimed at helping students succeed at WVU.

Members of the residential college will develop a sense of belonging by participating in a wide range of social and cultural enrichment activities " and identifying with a rich array of traditions, ranging from college clubs and student hall council to college teas and a coat of arms, which was unveiled during Wednesday's event. The coat of arms was developed by resident faculty leaders with input from other WVU administrators.

Verlinden noted that the crest features the well-known image of the clock tower that graces the top of one of WVU's most recognized and historic campus buildings, Woodburn Hall; a book and diploma to reflect a student's academic commitment and goal of graduating; hills and valleys to represent West Virginia's landscape; and a lion from the Lincoln family crest.

Actual artifacts from the Civil War era on display complete the symbolism, including a bronze bust of Lincoln made possible by a gift from WVU supporters Stuart and Joyce Robbins.

But as Verlinden says, the hall isn't just about history. It's about home."Our motto will be, 'domus a domus,' which means, 'home away from home,'" he said. "This is really the spirit of what we would like to get accomplished."

Another record year Hardesty also announced that more than 26,500 students are expected to converge on the Morgantown campus next week for the start of the fall semester, marking the fifth consecutive record enrollment at the state's flagship university. WVU has had enrollment growth in nine of the past 11 years.

Of those 26,500 students, some 4,700 will be freshmen " another record for an incoming class " and nearly 1,200 are PROMISE Scholars, some of the Mountain State's best and brightest.

"More and more students from across our state and the world are choosing West Virginia University," Hardesty told those gathered in Lincoln's multimedia theater. "I'm overjoyed to let those numbers tell the story of our growing, progressive university."

'Smart' classrooms and other well-thought renovations, development Lincoln Hall is just one of many construction projects taking place, as the whir of machinery blends with the voices of students preparing to return to classes, Hardesty said.

Work is progressing on two major projects at the Robert C. Byrd Health Sciences Center, the president added. They are the Blanchette Rockefeller Neurosciences Institute, which will support research into Alzheimer's and other neurological diseases, and the Biomedical Research Laboratory Facility.

Classrooms got a little "smarter" over the summer as part of an ongoing upgrade to install the latest teaching technology available, Hardesty added. Now teachers who use these classrooms can deliver their material by PowerPoint, DVD or other high-tech methods.

WVU's athletics facilities are undergoing several improvements, including a new wrestling training facility near the Coliseum, and plans are also under way for a new WVU Alumni Center near Ruby Memorial Hospital, he added.

Students like Rebecca McCauley, a Morgantown native and double major in biology and chemistry, who became the only scholar in the country to win both Truman and Goldwater scholarships in the same year for classroom excellence and community service.

Among the new degree programs and those experiencing great success:"¢ WVU's rural medicine program was ranked 12th in the nation by U.S. News & World Report in its annual "America's Best Colleges" edition."¢ A personal training minor offered through the School of Physical Education prepares students for professional careers in designing and conducting comprehensive and individualized exercise programs."¢ A partnership between the Eberly College of Arts and Sciences and College of Engineering and Mineral Resources offers a dual degree in mining and geology to enhance mine safety and to ensure more environmentally sound practices."¢ A brand-new University membership in Kentucky-West Virginia Alliance for Minority Participation aims over the next five years to double the number of undergraduate degrees awarded to minority students in the fields of math, science and engineering."¢ WVU's marquee Forensic and Investigative Science Program, already well known across the country and globe, is now WVU's third largest discipline. The program with a world-renowned faculty boasts 500 majors from 35 states and five countries. Those majors, too, are learning the craft in some of the best facilities in the nation, and 67 percent of them are women.

'Eers, all the way aroundFortunately, the budding sleuths won't have to put their training into practice in Morgantown, which constantly makes national lists for its quality of life.As examples, the 28,000-plus city WVU is proud to call home was named nation's fifth "Best Small Best City" by Inc. Magazine in its "Boomtown's '06: Hottest Small Cities" issue; and 29th among "50 Smart Places to Live" by Kiplinger's Personal Finance magazine.

And WVU's Personal Rapid Transit system and the University's free-transportation arrangement with Morgantown's Mountain Line Transit Authority delivered another national accolade: The University was recently named one of the nation's "Best Workplaces for Commuters" by the U.S. Environmental Protection Agency and U.S. Department of Transportation.

"When you come to WVU and Morgantown, you're going to get the best of many worlds," Hardesty said. "You're going to get all the benefits of a vibrant institution of higher learning, and you'll have the experiences and the joy of residing in one of the best places to live in the country, period. I can tell you, I wouldn't want to be anywhere else."