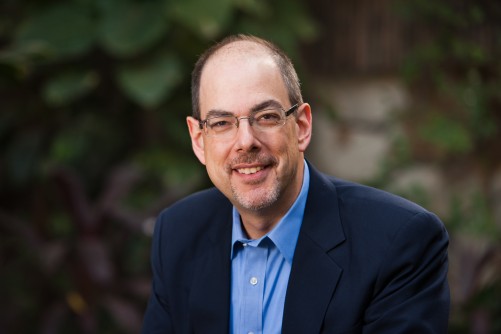 Newswise — Warren Wilson College’s eight-month search for a new president led the college not only outside academia, but also far beyond the United States to its successful conclusion.

Steven L. Solnick, Ph.D., New Delhi Representative for the Ford Foundation and former Columbia University professor, has been named by the Warren Wilson College Board of Trustees as the college’s seventh president, effective in July 2012. He will succeed Sandy Pfeiffer, who is retiring in June after six years as president.

“Steve has a wonderful coalescence of intellectual capacity, curiosity, ability and integrity to lead Warren Wilson forward,” board chair Joel Adams said. “We are delighted to welcome him and his family to the college and its greater community.”

Alice Buhl, search committee chair and board vice chair, said that “Steve embodies the values that are important to Warren Wilson College.

“He has learned and taught in rigorous and renowned academic settings. He has extensive leadership experience in diverse international settings. He built community wherever he has served in a leadership role. He also has a deep understanding of and commitment to environmental responsibility, as well as to social and economic justice.”

Solnick, 50, is poised to assume the presidency of a 1,000-student college (www.warren-wilson.edu) that has a distinct niche in American higher education. One of seven work colleges nationwide, Warren Wilson College has long had a service requirement for all its undergraduate students, as part of a learning Triad of academics, work and service. The college also is well known for its strong environmental and international emphases, and a widely praised MFA Program for Writers.

Solnick said, “I am honored and excited by the opportunity to lead Warren Wilson, a college that believes, as I do, that higher education should offer not an escape from the ‘real world’ but a set of tools for thriving in it. Work, service and scholarship are all essential elements of a fully formed world view, and at Warren Wilson these are all integral parts of the learning experience.

“With the liberal arts model drawing increasing scrutiny, Warren Wilson demonstrates how classroom instruction can blend with practical work and public service in a community of shared values that is at once intimate and globally connected.”

As New Delhi Representative since 2008, Solnick has been responsible for the programmatic and administrative leadership of the Ford Foundation’s oldest and largest international office, which advances the cause of social justice in India, Nepal and Sri Lanka. From 2002-2008, Solnick was Moscow Representative for the Ford Foundation, providing leadership of the foundation’s activities across the Russian Federation.

During his 9½ years with the Ford Foundation, Solnick has given shape and direction to the foundation’s work across areas such as human rights, higher education, arts and culture, media, livelihood promotion, sustainable agriculture and reproductive health. Solnick also has directly managed the foundation’s programming to combat HIV-AIDS in Russia and to promote government accountability and transparency in India.

“Steve Solnick is a leader who brings out the best talents of his colleagues, inspires innovation and creativity, and has a deep respect for tradition and institutional history,” said Susan Berresford, Ford Foundation President when Solnick was Moscow Representative. “He also brings to Warren Wilson knowledge of the global realities students should understand as they prepare for life in the 21st century. He is an inspired choice for the presidency.”

Before joining the Ford Foundation, Solnick was associate professor of political science at Columbia University and coordinator for Russian studies of its Harriman Institute. He is author of the book "Stealing the State: Control and Collapse in Soviet Institutions," as well as numerous articles on post-Soviet affairs and comparative political economy. He has been a full member of the Council on Foreign Relations since 2001.

A native of Jersey City, N.J., Solnick holds a bachelor’s degree in physics from the Massachusetts Institute of Technology, where he was Phi Beta Kappa, and a doctorate in political science from Harvard University. He also has a B.A. (First Class) in politics and economics from Oxford University, where he was a Marshall Scholar. He was a National Fellow at the Hoover Institution at Stanford University and a Fulbright-Hays Fellow at Moscow State University.

“My family and I are thrilled to be moving to Asheville, a city we visited over a dozen years ago and have remembered fondly ever since,” Solnick said. “We cannot wait to join this vibrant community and to become a part of the Warren Wilson family.”

During the Pfeiffer presidency, total enrollment at Warren Wilson surpassed 1,000 students for the first time in its history. The college’s endowment also has grown from about $34 million to more than $54 million amid a turbulent economy.

Under Pfeiffer’s leadership the college adopted a sustainability decision-making model and a strategic plan for the period 2010-2015. Warren Wilson also has received an impressive number of national recognitions during his presidency, including feature stories in The New York Times Sunday Magazine and on CNN International.

After Pfeiffer announced his intention to retire next June, the Board of Trustees formed a presidential search committee in April that included several trustees as well as faculty, staff and student representation. The committee was assisted by the executive search firm of Isaacson, Miller.

Upon the trustees’ announcement to the campus Friday afternoon, on the eve of winter break, the college bell tower rang seven times – one for each Warren Wilson president.