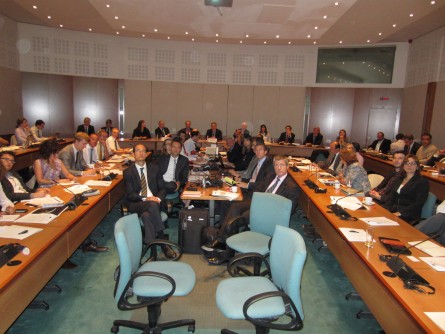 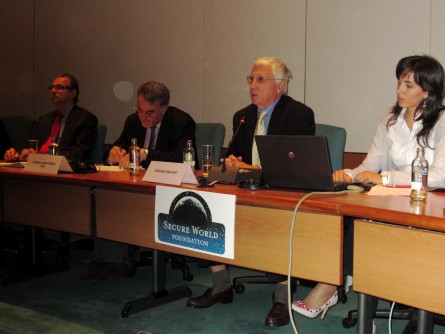 The high-level annual meeting was titled, European Space Governance: The Outlook and was held on September 13 at the Conseil central de l’économie in Brussels, Belgium.

This influential gathering of authorities was hosted by the French think tank the Institut Francais des Relations Internationales (Ifri) and Secure World Foundation.

“Our annual rendezvous in Brussels attracts a wide audience for an instructive and open discussion on current space issues,” said Laurence Nardon, Head of the Space Program at Ifri.

A trio of targeted panels formed the day-long event, focused upon:

-- European space governance after the Lisbon Treaty explored the implications of the Lisbon Treaty in terms of policy, the legal context for space activities in Europe and the burning topics of sustainable funding and procurement rules.

-- Governance issues for specific programs such as the Galileo navigation satellite initiative, Europe’s Global Monitoring for Environment and Security (GMES) effort, as well as the Multinational Space-based Imaging System (MUSIS) to provide a consortium of five European nations with next-generation satellite imaging capabilities.

-- Entities and agencies in the wider European framework reviewed the specific stakeholders of European space policy, addressing the space-related activities of the European Defense Agency (EDA), the future of national agencies and the role of space in the external actions of the European Union (EU).

A keynote speech on how the international community is warming up to the EU’s Code of Conduct proposal for outer space activities was delivered by Pierre-Louis Lempereur, CODUN SPACE Chair, Non-proliferation and disarmament directorate of the European Union External Action Service.

Simpson said that the conference proved that there are many fine minds prepared to devote the time and creativity “to do it right.”

Agnieszka Lukaszczyk, European Program Manager for the Secure World Foundation, and a key organizer of the event, was also satisfied by the outcome of the meeting.

“We are very pleased that we were able to gather over 80 participants at our conference,” said Lukaszczyk. “There were many delicate issues discussed, such as the lack of funding for GMES as well as the European Union proposal for the International Code of Conduct…all discussed in a very frank manner. We certainly plan to keep the conversation going through future events,” Lukaszczyk said.

The conference was held under Chatham House Rules with no attribution of statements by those participating.

For more information on European Space Governance: The Outlook, contact: 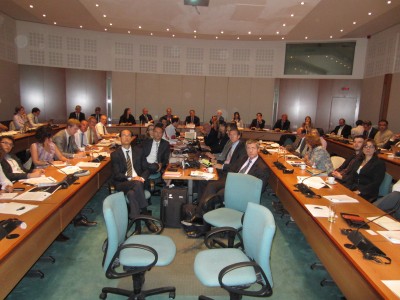 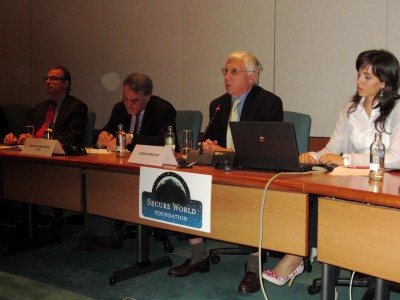