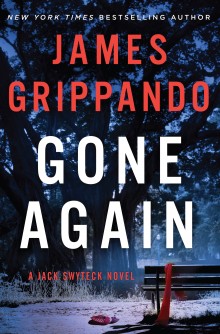 Grippando is the seventh winner of the Harper Lee Prize for Legal Fiction. 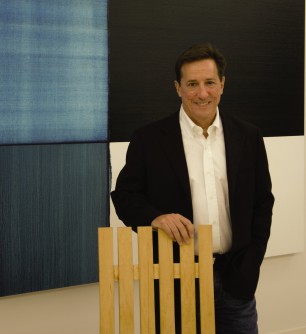 Grippando was a trial lawyer for 12 years before the publication of his first novel in 1994.

Newswise — TUSCALOOSA, Ala. — The University of Alabama School of Law and the ABA Journal have announced that James Grippando, author of “Gone Again,” will receive the 2017 Harper Lee Prize for Legal Fiction.

Grippando is the seventh winner of the Prize. The award, authorized by Lee, is given annually to a book-length work of fiction that best illuminates the role of lawyers in society and their power to effect change.

Seven years ago, to commemorate the 50th anniversary of the publication of “To Kill a Mockingbird,” and to honor former UA law student and author Harper Lee, The University of Alabama School of Law and the ABA Journal partnered to create The Harper Lee Prize for Legal Fiction.

“Gone Again” was chosen by a distinguished panel of writers. They are: Deborah Johnson, winner of the 2015 Harper Lee Prize for Legal Fiction and author of “The Secret of Magic”; Cassandra King, author of “The Same Sweet Girls’ Guide to Life”; Don Noble, host of Alabama Public Radio’s book review series as well as host of “Bookmark,” which airs on Alabama Public Television; and Han Nolan, author of “Dancing on the Edge.”

The Selection Committee honored Lee's charge to grant the award to a published work of fiction that best illuminates the role of lawyers in society and their power to effect change.

“Jack Swyteck is a lawyer's lawyer,” Nolan said. “He works within the system, relentlessly searching for the truth as he races against time to defend a death row inmate.”

Noble agreed. “If I am ever in legal trouble, there is no lawyer I would rather have than Grippando's Jack Swyteck,” he said. “The man is dedicated to social justice, resourceful and tireless.”

Grippando will be honored with a signed special edition of “To Kill a Mockingbird” and an article in the ABA Journal.

“Grippando's book does a masterful, entertaining job exploring the important topic of the death penalty and actual innocence,” said Molly McDonough, editor and publisher of the ABA Journal. “In 'Gone Again,' attorney Jack Swyteck focuses on finding the truth while navigating the complexities of habeas petitions for a despicable client.”

The 2017 prize will be awarded at The University of Alabama School of Law Sept. 14. After the award presentation, the Selection Committee will convene a panel discussion of Grippando’s “Gone Again” in relationship to Lee’s “To Kill a Mockingbird.”

James Grippando is a New York Times bestselling author of suspense. He was a trial lawyer for 12 years before the publication of his first novel in 1994 (The Pardon), and he now serves as Counsel at Boies Schiller & Flexner LLP. He lives in south Florida.

About the UA School of Law

One of America’s leading public law schools and a “#1 Best Value Law School” in the nation, according to the National Jurist in 2012 and 2013, The University of Alabama School of Law offers a challenging curriculum with over 150 electives, several dual enrollment opportunities, Master of Laws degrees, and a J.S.D. With a student-to-faculty ratio of  8.7:1, the Law School offers students a rigorous, hands-on learning experience, with strong student engagement in clinical programs, law review, moot court and trial advocacy.