Henry James Review to Have New Home at Creighton 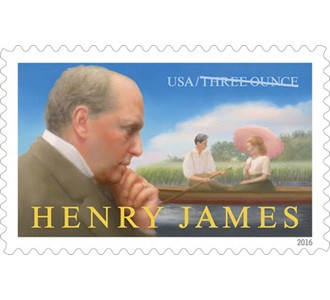 Newswise — Next year, the scholarly journal, Henry James Review, will have a new home at Creighton University. Greg Zacharias, PhD, professor of English and director of the Center for Henry James Studies, will serve as the journal’s new editor.

As one of the great novelists ever to write in English, James and his work have been the subject of more scholarly publications over the past 40 years than of any other American-born novelist. James’s fiction is interwoven with our popular culture, too. His stories and novels have been the source for over 100 films and stage plays.

The Henry James Review will complement Creighton’s Center for Henry James Studies’ work on The Complete Letters of Henry James (11 volumes to date, University of Nebraska Press), but will also provide learning and research opportunities for Creighton students. The journal will contribute to the James Center’s mission to serve all those interested in the life and work of Henry James and his contemporaries.

Published by Johns Hopkins University Press, the Henry James Review is distributed around the world in print and electronically via Johns Hopkins’ Project Muse online database of research and scholarship. The Press’s website describes the Henry James Review as “the only scholarly journal devoted to Henry James. One of the very best single-author journals in the marketplace, it is open to the diversity of critical biographical, archival, and creative work being done on James. In addition to the insightful essays, every issue contains book reviews of works across the broad range of James Studies.”