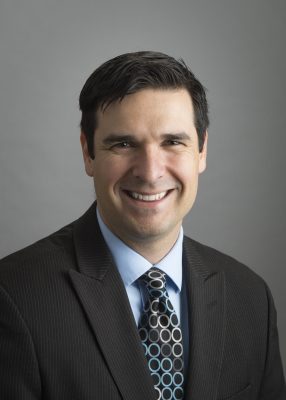 Newswise — MOUNT VERNON, Iowa - Cornell College Assistant Professor of Religion Chris Hoklotubbe has received a prestigious award for his book, “Civilized Piety: The Rhetoric of Pietas in the Pastoral Epistles and the Roman Empire.”

He was awarded the Manfred Lautenschlaeger Award for Theological Promise, an international award that recognizes 10 young scholars each year for excellence in their dissertation or first post-doctoral manuscript on the topic of God and spirituality.

Hoklotubbe says this is a huge honor for him, especially because his book needed to be thoroughly reviewed and recommended by two scholars in his field just to be considered for the award. Then, to win, the book was judged by a panel of 20 scholars from 15 different countries.

The religion professor took four years to write and research his book, which is a revision of his dissertation. The pages of his book explore the Letters to Timothy and Titus–books of the New Testament that are often referred to as the Pastoral Epistles.

“The author of these letters characterizes followers of Christ as model citizens in so far as they exemplify one of the most essential and esteemed Roman virtues, pietas or piety,” Hoklotubbe said. “I show that in the Roman Empire, pietas became something like a national virtue—kind of like how liberty, justice, and equality are for us in the United States. And similar to these U.S. virtues, different individuals and groups vying for social status and prestige would promote their claims to piety in order to advance their social status or challenge the legitimacy of the piety of others in order to advance their own social standing or the legitimacy of their claims.”

Since the publication of his book and receiving this award, Hoklotubbe has worked on a number of projects related to the biblical Letters of Timothy and Titus, including an essay providing an overview on the state of research on these texts (Baker Academic Press, 2022), study notes for an upcoming Annotated Study Bible for the soon-to-be-released “Updated Edition of the New Revised Standard Version” (Westminster/John Knox Publishing, 2023), and an academic commentary on these letters for the internationally recognized series The New International Greek Testament Commentary series (Eerdmans Press, 2029).

“I’m honored and so pleased that this work has been so well-received among international experts in my field. It’s always slightly terrifying and humbling to have your work read by others—especially those whose work and brilliance you respect.”

Hoklotubbe started at Cornell College in 2017 and teaches courses on the intersection of race, gender, and sexuality in the Christian tradition, the New Testament, Roman Religion, Native American Spiritualities, World Religions, and Religion and American Politics.

Cornell College is a liberal arts college of approximately 1,000 students in Mount Vernon, Iowa. Cornellians have been living, learning, and teaching on the block plan, One Course At A Time, since 1978. Each 18-day course can take students and professors off-campus and even out of the country due to the block’s flexibility, and students fully immerse themselves in their topic of study, taking field trips, diving into research, creating an art exhibit, or exploring issues in the local community. With students from 45 states and 16 foreign countries, as well as renowned faculty, speakers, and entertainers, Cornell offers the world from its campus.