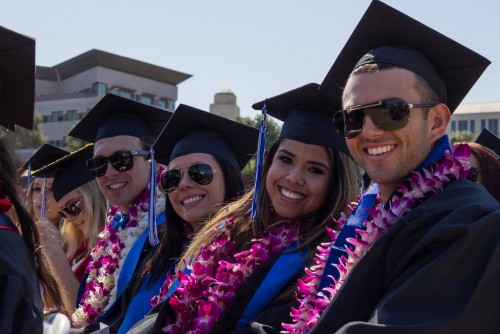 Newswise — During the March meeting of the CSU Board of Trustees, Hans Johnson of the Public Policy Institute of California (PPIC) shared results of a statewide public-opinion survey focused on higher education.

PPIC research found that 65 percent of Californians surveyed have a favorable view of the CSU system—higher than either the California Community Colleges or the University of California.

The biggest challenge to California's future according to PPIC's research, is that the state's economy is increasingly requiring a skilled and well-educated workforce. PPIC projects that by 2030, California will require one million additional, highly-skilled college graduates to meet the demands of the economy.

"Of all the segments, the California State University has responded the most strongly to this challenge (of closing the degree gap) under the leadership of Chancellor White," said Hans Johnson, senior fellow and PPIC center director.

Launched in 2016 by Chancellor White, the CSU's ambitious Graduation Initiative 2025 is already showing promise in closing California's degree gap by increasing graduation rates for CSU students. Last year alone, 9,000 more students earned their degree than in the previous year. Currently, graduation rates at the CSU are at all-time highs with 100,000 students earning an undergraduate degree last year and rates are trending upward.

To further increase student achievement and meet California's need for a well-educated workforce the CSU requires sustained funding increases to its operating budget to build on the progress already underway.

This past November, CSU Trustees approved a budget requesting an increase of $263 million to fund priorities including Graduation Initiative 2025, compensation, enrollment growth, facilities and infrastructure needs and other mandatory costs.

Governor Brown's 2018-19 budget proposal released in January allocated just $92.1 million, leaving a $170.9 million shortfall. The governor's proposal translates to a 1.4 percent increase to the CSU's operating budget – or half the rate of inflation - and is $61 million short of covering just the university's mandatory cost increases.

In May, Governor Brown will issue his budget revision, which includes changes to the proposed budget. Advocacy efforts have been underway since late last year and will continue with the governor and legislature through the remainder of the budget cycle in June.