J-Term Speaks to the Culture of University 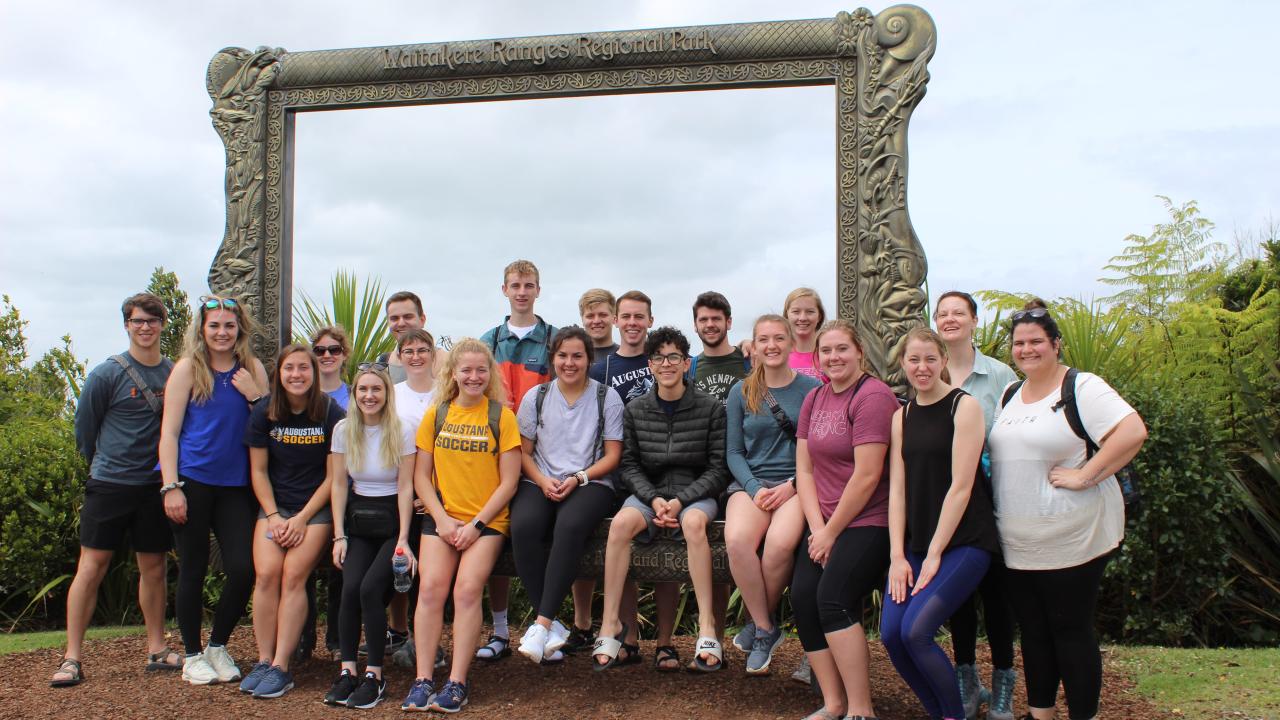 Newswise — Nationally, 10 to 11 percent of students study away by the time they graduate college. At Augustana University, that number is 52 percent, with more than 230 students expected to study away this academic year. More than 150 of those students are participating in the study abroad program through Augustana's four-week January interim — also known as J-Term — while still earning credits.

International Programs Director Ben Iverson says they are successful largely because of faculty support. The Augustana alumnus says they are the single-biggest influencers on students choosing to study abroad.

Iverson said, "This is the reason that we're five times the national average, which anytime you're in that category is something special and something to celebrate."

Erin Kane, assistant director of international programs, says Augustana has more than 50 faculty who have led a course abroad and about 10 to 15 courses that study away every year — that's around 30 faculty leaders every year who are committed to spending time away from their families.

The two are currently leading a group of 18 students on an inaugural J-Term program course in New Zealand. They have spent the last five years proposing and planning the course. They even visited the north island in the summer. Lima and Rives-East were able to keep costs down by planning all the logistics themselves rather than going through a travel agent. They say the amount of work is worth it.

"Both Darcie and I did study abroad when we were students and it's really nice to be able to pay that forward now," said Lima.

Rives-East says they will spend a lot of time looking at the Maori culture and the effects of colonization. She says within the last 40 years there's been a major effort to revitalize the Maori language in New Zealand and it has been so successful that it's considered a global model now — a global model they can learn from and maybe even attempt to bring back home.

"I think it's important for students to experience these sorts of things in order to have that empathy in the rest of their lives and being informed citizens, global citizens." — Darcie Rives-East, associate professor of American literature

If the program course is successful the duo hopes to do it again, possibly every two years.

Excuses to not study away are dwindling. The International Programs Office (IPO) has helped many students secure scholarships — most recently the Gilman Scholarship was awarded to two students, Morgan Moe '20 and Mia Phillips '20, traveling to Ecuador and New Zealand, respectively.

Even students with heavy majors and student-athletes with busy training and competition schedules are finding ways to go abroad. For example, more nursing students are traveling abroad with help from the IPO and support from their academic department. Nursing faculty have both led courses abroad themselves, as well as created a window during which students can spend a semester abroad if they so choose — despite the rigorous and prescribed academic requirements. The IPO hopes more sports teams take a deeper look at traveling abroad as well, and follow the lead of Head Baseball Coach Tim Huber. Along with Dr. Stephen Minister, associate professor of philosophy, Huber is leading a group of student athletes on a trip to the Dominican Republic this January.

There are several travel away options based on how independent or immersed you want to be in a program.