For the past 25 years, Dr. John Kirk has researched and written about issues of race and ethnicity in the United States, especially in Little Rock and Arkansas. 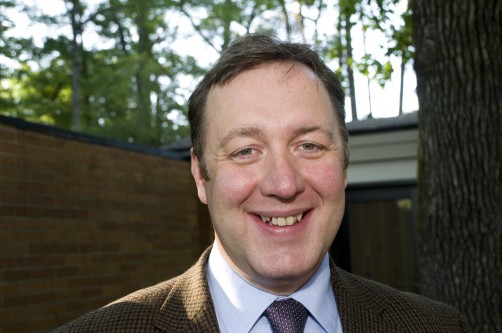 Dr. John Kirk is an author and internationally recognized expert on the civil rights movement in the United States, with a particular focus on Arkansas, as well as an expert on the life of Martin Luther King Jr.

Newswise — LITTLE ROCK, Ark. (Sept. 11, 2015) — The new director of the University of Arkansas at Little Rock’s Institute on Race and Ethnicity is a native of Great Britain who garnered international acclaim for his research and writings on race and the civil rights movement — with a particular focus on Martin Luther King Jr. and the community of Little Rock, Ark.

Kirk has been a member of the Chancellor’s Committee on Race and Ethnicity since he arrived at the university more than five years ago and has been involved with the institute since its inception about four years ago.

“I have a deep personal and professional commitment to the pursuit of racial and ethnic justice, and I think that should be the primary reason anyone takes on the job of director of UALR’s Institute on Race and Ethnicity — it is at the very heart of what the institute does,” Kirk said.

Kirk plans to connect with and engage as many students, faculty, and community members as possible in achieving the goals of the institute, which include:

- Raising awareness of race and ethnicity issues- Providing research-based information and policy recommendations- Building bridges and seeking reconciliation through interracial and interethnic dialogue- Engaging students- Serving as a clearinghouse for on- and off-campus initiatives related to race and ethnicity- Holding UALR accountable for becoming a more diverse and multi-ethnic community.

For the past 25 years, Kirk has researched and written about issues of race and ethnicity in the United States, especially in Little Rock and Arkansas. He’s the author of numerous books, including “Race and Ethnicity in Arkansas: New Perspectives,” “Martin Luther King, Jr. and the Civil Rights Movement,” and “Beyond Little Rock: The Origins and Legacies of the Central High Crisis.” He also recently partnered with the BBC on its Martin Luther King Jr. web display that serves as an information resource for an international audience.

“It is a rare opportunity to work with someone who grew up in Great Britain but whose knowledge of Arkansas civil rights history is probably greater than anyone else’s in Arkansas or the United States,” Anderson said. “Dr. John Kirk is a well-known resource in our community for his expertise on the many ways race has shaped our city and state. I am confident that under his leadership the UALR Institute on Race and Ethnicity will continue to grow in influence and will help shape a better future for the people of Arkansas.”

Kirk replaces Dr. Michael R. Twyman, who resigned in July to take a position at the Indiana Black Expo organization.

With Kirk’s new director responsibilities, he will remain the Donaghey Distinguished Professor of History but no longer will serve as the UALR History Department chair.

“I am excited by the challenges and opportunities that the director’s job brings with it,” Kirk said. “I particularly look forward to getting to know more about and working with students, faculty, and community members who are learning, teaching, researching and serving on issues of race and ethnicity.”