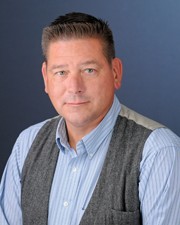 LAWRENCE — The Islamic State has claimed responsibility for a suicide bombing at Manchester Arena that the British government said has killed 22 people, according to national news reports.

A University of Kansas researcher who studies the Islamic State said a couple of reported elements of the attack likely represent a step up in sophistication for the Islamic State in Britain, similar to the 2015 attacks in Paris.

Don Haider-Markel, professor and chair of the Department of Political Science, can speak about terrorism tactics of the Islamic State of Iraq and Syria, or ISIS. His research includes terrorism, extremist groups, public policy and American politics.

"The use of an explosive vest is certainly a step up in sophistication for ISIS in England, but similar to what they were able to put together for the Paris attacks. It means that there is a group of likely two or more ISIS operatives in the United Kingdom that planned and carried out this attack. And like Paris, it seems likely that additional attacks are planned. It is unclear if this group has entered the United Kingdom or is homegrown," Haider-Markel said.

He noted another potential innovation as the choice to attack while the concert was ending and people were exiting the arena.

"This is novel because the attacker did not need to fully enter the venue. People were there waiting to pick up kids — so likely not appearing suspicious, " Haider-Markel said. "Also, everyone's guard is down at the end of an event relative to the beginning of an event."