Carol K. Park’s “Memoir of a Cashier” is set against the backdrop of the L.A. Riots 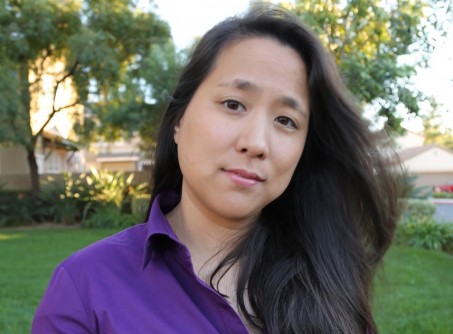 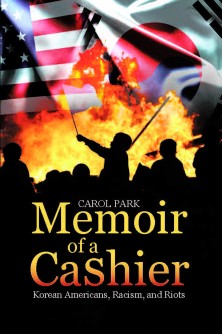 Carol Park recalls the “melting pot of violence and discrimination” she experienced in her youth in "Memoirs of a Cashier."

The bulletproof booth that shielded the young cashier from physical harm could not protect her from simmering racial tensions that ignited after the acquittal of four white and Hispanic Los Angeles police officers in the beating of a black motorist. A total of 53 people died in the riots, thousands more were injured, and damage to businesses – particularly those owned by Korean and other Asian immigrants – and other property topped $1 billion before the violence ended on May 4.

Park recalls the “melting pot of violence and discrimination” she experienced in her youth in “Memoir of a Cashier: Korean Americans, Racism and Riots.” The book, released this month, is published by the Young Oak Kim Center for Korean American Studies at the University of California, Riverside.

In the wake of continuing racial violence, “it’s important to continue the discussion and foster understanding through dialogue and publications such as this book,” said Edward T. Chang, director of the YOK Center and professor of ethnic studies at UCR. “The story of the Korean American experience before, during, and after the L.A. Riots, as told through Carol’s memoir, offers a platform for us to continue the discourse on race relations and ethnic identity. This is a significant story to tell, especially as we approach the 25th anniversary of the Los Angeles Riots. The YOK Center is proud to publish this book.”

“Memoir of a Cashier” is the second publication of the YOK Center and features an emerging voice in the field of Korean American Studies, Chang said. Park is a researcher at the YOK Center, filmmaker, and former award-winning journalist whose memoir captures the Korean American life and perspective with honesty, he said.

The book chronicles Park’s early life when she worked as a cashier at her family’s gas station in Compton during the 1990s. While ringing up sales from behind bulletproof glass windows, Park witnessed shootings, murders, and violence. Subject to racism and discrimination, Park candidly recalls her experiences and her journey to finding her Korean American identity.

“As a young girl, I had no idea that my Korean heritage mattered so much until the 1992 L.A. Riots made me realize, I am Korean American, born with a dual identity, whether I cared to acknowledge it or not,” Park said. “My parents’ generation had no voice during those tumultuous times and I realized, we have to stand up, speak up, and make ourselves heard and seen, otherwise, like a drifting log, we’ll be swept away by the currents of discrimination, the tides of violence, and the storms of oppression. I was compelled to write this book because I wanted to give voice to the Korean American community from a bird’s-eye-view.”

Park intricately weaves the story of Korean Americans through her family’s experience.

“Understanding other cultures is important, especially in the United States where we are a melting pot of ethnicities,” Park said. “It’s been 25 years since the L.A. Riots and not much has changed. Racism, discrimination, poverty, oppression, and all the things that helped to spark those riots still exist today. We have to stop racism and discrimination and understand why things like the L.A. Riots happen, otherwise we will continue to have riots and uprisings. Just look at Ferguson, Missouri, and Baltimore. I believe that if we can relate to one another, empathize with each other, and see that we are all in this together, we have a chance at becoming a better community and preventing violence.”

K.W. Lee, the godfather of Asian American journalism, hailed the memoir as powerful.

“I found myself fighting not only tears, but rage, fear, and every emotion you can think of as I turned the pages of this memoir,” Lee said. “Carol Park is destined to become the first and last line of defense for her heroic mother’s generation of silence and sacrifice.”