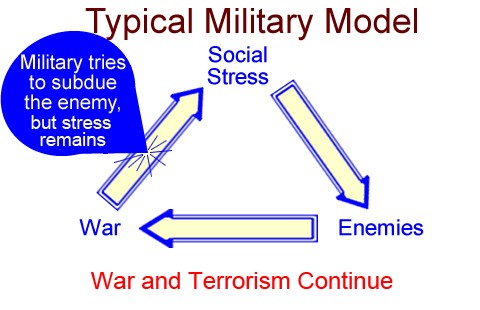 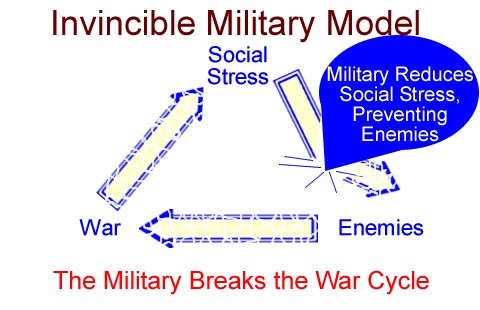 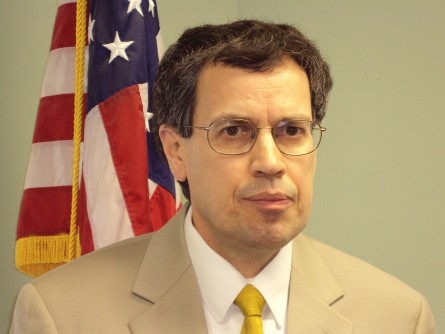 Dr. David Leffler, a U.S. Air Force veteran, is the Executive Director of the Center for Advanced Military Science. He served as an Associate of the Proteus Management Group at the Center for Strategic Leadership of the U.S. Army War College. Dr. Leffler has published articles in over 100 media outlets worldwide about how Invincible Defense Technology could prevent terrorism and war.

Newswise — A leading scientific journal in Pakistan, The Journal of Management & Social Science,* recently published a paper titled "A New Role for the Military: Preventing Enemies from Arising-Reviving an Ancient Approach to Peace," indicating that the military application of the Transcendental Meditation technique has merit. The paper discusses how militaries worldwide could use the Transcendental Meditation® and TM-Sidhi® program, founded by Maharishi Mahesh Yogi, as a non-religious and scientifically verified way to prevent war and terrorism. When used in a military context, these meditation practices are known as Invincible Defense Technology (IDT).

The paper describes the concept of a "Prevention Wing of the Military," a group of military personnel that practices the advanced TM-Sidhi program twice daily as a group. A group that reaches a critical threshold in size has been scientifically shown to reduce collective societal stress.

The paper hypothesizes that war, terrorism, and crime are caused by collective societal stress. The absence of collective stress translates into the absence of tension between countries, between religious groups, or even within individual terrorists. The paper proposes that, by applying this non-lethal and non-destructive technology, any military can reduce societal stress and prevent enemies from arising. If IDT prevents the emergence of enemies, the military has no one to fight, so the nation becomes invincible.

Over 50 scientific studies have found that when 1% of a given population practices Transcendental Meditation, or when sufficiently large groups practice the TM-Sidhi program together twice daily, measurable positive changes take place throughout society as a whole. The studies show decreased violence, crime, car accidents, and suicides, and improved quality of life in society. The paper reviews IDT research, such as a study published in the Yale University-edited Journal of Conflict Resolution showing that an intervention by a civilian group in Israel resulted in a 76% reduction in war deaths in neighboring Lebanon. Seven subsequent, consecutive experiments over a two-year period during the peak of the Lebanon war found:

A follow-up study published in the Journal of Social Behavior and Personality found that the likelihood that these combined results were due to chance is less than one in a quintillion. A global-scale study published in the Journal of Offender Rehabilitation documented a 72% drop in international terrorism when IDT groups were large enough to affect the global population. Terrorism returned to previous levels after the experiment.

The paper's author is David R. Leffler, Ph.D., Executive Director of the Center for Advanced Military Science at the Institute of Science, Technology and Public Policy at Maharishi University of Management in Fairfield, Iowa, USA. "This paper introduces a new role for the military: 'Prevention Wings' whose purpose is to prevent enemies from arising," said Dr. Leffler. "This new approach, derived from the ancient Vedic tradition of India, is supported by over 50 scientific studies. IDT can create victory before war, and can assist in peacemaking, peacekeeping, and peacebuilding." The size of the Prevention Wing would usually be 2%-3% of a nation's military personnel.

Land-based Prevention Wings were successfully field tested by the militaries of Mozambique and Ecuador in the 1990s. The paper explains that sea-based Prevention Wings are theoretically possible. For example, carrier battle groups supporting IDT experts could be deployed to the Persian Gulf to reduce tensions in the Middle East, without directly penetrating borders.

"Since the military's primary job is to fully protect its country from attack by enemies, both foreign and domestic, all branches of the armed forces should also consider this approach," said Dr. Leffler. The paper concludes that preventing enemies from arising is both doable and economical.

Military-related institutions have shown interest in Invincible Defense Technology. Dr. Leffler first presented his review paper at the "International Sociological Association Research Committee 01 Seoul National University & Korea Military Academy International Conference on Armed Forces & Conflict Resolution in a Globalized World" in Seoul, Korea, in 2008. He also presented the paper at the Korea Institute of Defense Analyses. Dr. Leffler also spoke at the "5th Annual Countering IEDs - Assessing the IED Threat and its Evolution on the Battlefield and in the Homeland" conference in Washington, DC. The title of his briefing was "Invincible Defense Technology (IDT) as a Means to Prevent the Implementation of IEDs." Dr. Leffler has also given presentations at the Russian Air Force Academy, The Russian Academy of Sciences, and US defense-related institutions such as the Institute of Defense and Business.

Backgrounder:*The Journal of Management & Social Science (JMSS) is published by the Institute of Business & Technology BIZTEK in Pakistan. JMSS has published Dr. Leffler's paper now because they were behind in their printing schedule. Here is the reference for the paper:

Dr. David R. Leffler (Fall 2009). A New Role for the Military: Preventing Enemies from Arising - Reviving an Ancient Approach to Peace. Journal of Management & Social Science (JMSS), Vol. 5, No. 2, pp. 153-162. Available at: http://www.biztek.edu.pk/downloads/research/jmss_v5_n2/6%20A%20new%20role%20for%20the%20military%20X.pdf ( If that link does not work, try this link: http://bit.ly/ccTiMD )Translations of the paper are available online (Italiano, Korean, Hungarian, Español, Français).

Since Dr. Leffler's paper was submitted to JMSS in 2008, another paper about IDT was published on 29 June 2009 in the peer-reviewed Journal of Scientific Exploration by Dr. David Orme-Johnson. For more information on that paper, read: "Peace in the Middle East: Scientific solution to a political problem?" The article, published in Beirut-Online News, asserts that peace in this troubled region is easily within reach. It focuses on the topic of Invincible Defense Technology and features quotes and Internet links to publications by military-related leaders worldwide who support the implementation of Invincible Defense Technology 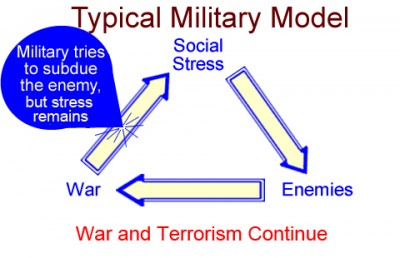 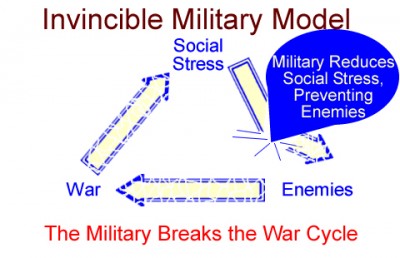 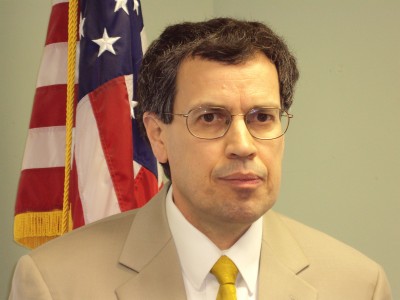 Caption: Dr. David Leffler, a U.S. Air Force veteran, is the Executive Director of the Center for Advanced Military Science. He served as an Associate of the Proteus Management Group at the Center for Strategic Leadership of the U.S. Army War College. Dr. Leffler has published articles in over 100 media outlets worldwide about how Invincible Defense Technology could prevent terrorism and war.