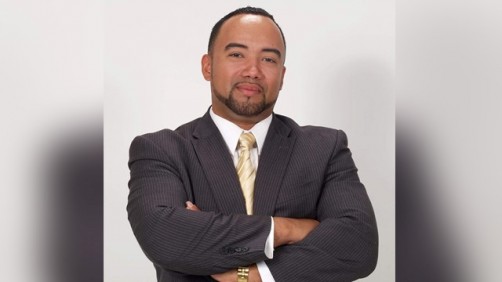 Thomas Cruz-Soto, Jr. will begin his new post as associate vice president and dean of students for the Division of Student Affairs on July 10.

Newswise — Thomas Cruz-Soto Jr. has been selected as Cal Poly Pomona’s next associate vice president and dean of students for the Division of Student Affairs.

Cruz-Soto, who serves as the associate dean of campus life at Colgate University, will begin his new post on July 10.

A dedicated student affairs professional with a collaborative and forward-thinking leadership style, he has worked for 18 years to prepare and support students for life on campus and beyond.

“Through effective student-engagement practices, Dr. Cruz-Soto has a demonstrated history of creating and leading initiatives that enhance the educational experiences of students,” said Lea Jarnagin, vice president of the Division of Student Affairs. “He brings a distinguished record of commitment to the core values of access, diversity, equity and inclusion as key principles in achieving institutional objectives. In addition, he has served as an integral leader in the development of major campus events, faculty and staff engagement, and fundraising to support student life.”

As associate vice president and dean of students, Cruz-Soto will be overseeing the Office of Student Life & Cultural Centers and Student Conduct & Integrity. He also will serve as an advisor to the ASI Student Senate.

“Cal Poly Pomona is an amazing institution that is dedicated to the affordability, access and academic excellence of all its students,” Cruz-Soto said. “I took great interest in this opportunity of becoming the next AVP and dean of students because I believe in the university’s learn-by-doing approach to education and, more so, I believe in the leadership of Dr. Lea Jarnagin.”

Prior to becoming Colgate University’s associate dean of campus life in 2015, Cruz-Soto served as the dean of multicultural affairs from 2012 to 2015, assistant dean of that division from 2008 to 2012 and director of the campus’ ALANA Cultural Center from 2007 to 2017.

In other posts, he was the executive director of GEAR-UP Programs at Kean University from 2004 to 2007, and the coordinator and academic counselor for the Creating Higher Aspiration and Motivations Project at Rowan University from 1999 to 2004.

“This is an extremely exciting time to be a Bronco and I look forward to advocating, supporting, mentoring, advising and leading in all areas that are appropriate in order to build on the great work of my colleague, Dr. Byron Howlett, and the many other dedicated staff among the dean’s cluster working group,” Cruz-Soto said.

Howlett, who was appointed interim associate vice president and dean of students in 2015, will return to his post directing the Office of Student Life & Cultural Centers.