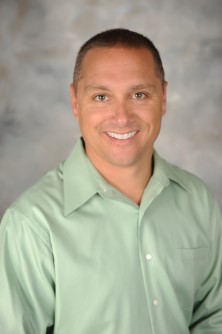 Newswise — The Public Opinion Research Lab at the University of North Florida has a new poll that reveals an overwhelming lack of name recognition among Democratic candidates and Republican candidates running for Florida governor. The survey also shows that a majority of respondents support restoring the voting rights of individuals with felony convictions.

The poll, comprised of Florida registered voters, asked respondents to give their opinion on Andrew Gillum, Gwen Graham, Phillip Levine, Richard Corcoran, Ron DeSantis and Adam Putnam, all candidates running for Florida governor. Concerning the Democratic candidates, the percentage of respondents who had never heard of them ranges from 73 percent for Levine to 81 percent for Gillum. Graham had the highest favorability of the three Democratic candidates, with 11 percent viewing her favorably and 4 percent unfavorably, while 78 percent had never heard of her.

“It’s a little surprising that so few people have heard of the candidates, particularly Adam Putnam who has won two statewide races, and Gwen Graham, who is a former member of Congress and the daughter of former Gov. and Sen. Bob Graham,” said Dr. Michael Binder, faculty director of the Public Opinion Research Lab at UNF. “These results highlight both the opportunities for the candidates to shape the voters’ perception of them and the challenges they face in getting out their message.”

“Amendment 4, the voting rights restoration measure, facing voters in the fall is so widely supported, even a majority of Republicans support it. What remains to be seen is whether or not an influx of money opposing this ballot measure will knock off enough support to prevent it from reaching the 60 percent necessary to pass,” Binder said.

When asked whether they support or oppose lifting the bans on offshore oil drilling, 55 percent of registered Florida voters polled either strongly or somewhat oppose, while 37 percent strongly or somewhat support lifting the bans. Regarding DACA, respondents were asked about their views on illegal/undocumented immigrants who were brought to the U.S. as children. A large majority, 82 percent, supported letting them stay in the U.S. to eventually apply for citizenship, while 5 percent stated they could stay but not apply for citizenship. Nine percent claimed they should be required to leave the U.S.

“Even though DACA and offshore oil drilling will likely get sorted out at the national level, Floridians have strong opinions on these issues—very supportive of a pathway to citizenship for Dreamers and opposed to opening up offshore oil drilling—and these opinions could very well influence the upcoming senate and gubernatorial elections,” noted Binder.

“This is the third time over the past year we’ve asked about concealed weapons on college campuses, and the results are remarkably consistent. Voters are opposed to changing the current restrictions, and it will be interesting to see if the legislature listens to their electorate,” Binder said. “There is also opposition, though not nearly as strong, in scaling back Florida’s home rule, something legislators may want to pay attention to before acting to fundamentally alter governance in Florida.”

When asked about the most important problem facing Florida today, the most popular response was education at 20 percent, followed closely by health care, 16 percent, and crime, 15 percent. Out of all respondents, 52 percent either strongly or somewhat approve of the way that the Florida legislature is handling its job, with 33 percent disapproving either strongly or somewhat.

We’d like to get your overall opinion of some people in the news.  As I read each name, please say if you have a favorable or unfavorable opinion of that person, or if you’ve never heard of them.

Democratic Candidates Only Among Democratic Respondents

Republicans Candidates Only Among Republican Respondents

Amendment Four, on the statewide ballot for 2018, is called “Voting Rights Restoration for Felons Initiative.” This Amendment would restore the voting rights of Floridians with felony convictions after they complete all terms of their sentence including parole or probation. The amendment would not apply to those convicted of murder or sexual offenses. If the election were held today, would you vote “yes” or “no” for this proposition?

Which comes closest to your view about undocumented/Illegal immigrants who were brought to the U.S. as children, aged 16 and under?*

Allowing licensed individuals to carry concealed handguns into a college or university facility.

Legalizing and regulating marijuana in a manner similar to alcohol, limiting its sale to residents 21 years of age or older.

What do you think is the most important problem facing Florida today?*

Overall, do you approve or disapprove of the way that the Florida Legislature is handling its job?

What is the highest grade in school or year of college you have completed?

What is your annual household income?

What language was this survey completed in?

The University of North Florida (UNF), Florida Statewide Poll was conducted by the Public Opinion Research Lab (PORL) at UNF Monday, January 29, through Sunday, February 4, by live callers via the telephone, and calls were made from 5 p.m. to 9 p.m. Monday through Friday, 12 p.m. to 9 p.m. Saturday and 11 a.m. to 2:30 p.m. Sunday. The sample of phone numbers was created through the voter file provided by Florida’s Division of Elections September 2017 update and selected through the use of probability sampling among Florida registered voters in the Florida voter file. Interviews were conducted in English and Spanish by UNF undergraduate and graduate students. Overall, there were 619 completed surveys of Florida registered voters, 18 years of age or older.

The margin of sampling error for the total sample is +/- 3.9 percentage points. The American Association of Public Opinion Research (AAPOR) Response Rate 3 (RR3) calculation was used which consists of an estimate of what proportion of cases of unknown eligibility are actually eligible. The breakdown of completed responses on a landline phone to a cell phone was 27 to 73 percent. A single int