NY Film Festival Screens "The Lady and the Outlaw Horse" 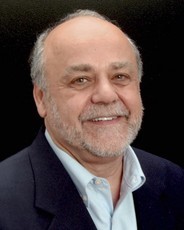 Newswise — "The Lady and the Outlaw Horse," new film by UNC Wilmington Film Studies Chair Dr. Lou Buttino, will be screened at the Laemmle Fairfax Theatre on Beverly Boulevard in Los Angeles in early March as part of the prestigious New York International Independent Film and Video Festival (NYIIFVF).

"It's a very touching story about a shy, awkward schoolgirl who rescued a horse that was so rebellious the Army was going to shoot him," Buttino said. "Through patience and persistence, she turns the horse into a champion, and in the process is herself transformed into a champion. In fact, she was called the 'greatest rider in America' of the late 1940s. Her courage and success helped to break down barriers for women being able to compete in the Olympics."

The documentary's co-producer is Richard R. Rust of Fuquay, N.C., a retired Army colonel with a Ph.D. in engineering. He brought the story to Buttino's attention, and the two have been at working on it for the past year and a half. Rust is also writing a book about the woman, Jane Pohl, and the horse, "Fitzrada." An esteemed publisher is interested in the work. Jane Pohl is Dr. Rust's mother.

NYIIFVF is the largest film festival in the world and is recognized by the film and entertainment industry as one of the leading film events on the festival calendar. Traditionally the festival kicks off with a huge networking party, followed by 10 days of screenings and red carpet premieres. NYIIFVF is known as "the voice for independent film" and receives extensive coverage in all major media, including Variety, Hollywood Reporter, New York Times, and the Wall Street Journal. The festival's distribution wing, ITN, Distribution, Inc., works with all major film and television markets.