Former consultant to International Coalition of Sites of Conscience 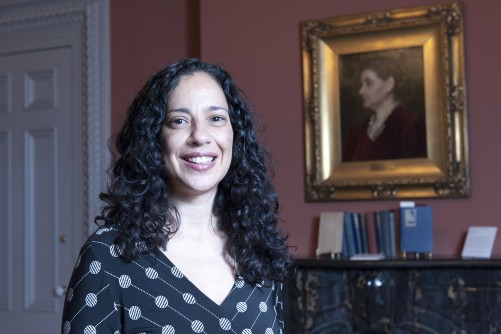 Newswise — Jennifer A. Scott is the new director of the Jane Addams Hull-House Museum at the University of Illinois at Chicago.

Scott most recently was a consultant to the International Coalition of Sites of Conscience in New York, where she worked with 25 museums and cultural centers across the U.S. to create original content for a two-year initiative, the National Dialogues on Immigration.

Scott was an oral historian to the Brooklyn Historical Society, where she interviewed subjects for a series that encouraged dialogue beyond the boundaries of ethnicity, race, nationality, and sexuality. She taught cultural anthropology, arts and social engagement, race and ethnic studies and museum studies at The New School for Public Engagement, Pratt Institute and Parsons.

"In New York, I’ve had the pleasure and privilege to work with a variety of sites of conscience and sites of consciousness. The Jane Addams Hull-House Museum is no less visionary. It draws upon a rich history of social activism and political reform of the Progressive Era," Scott said.

The museum, a dynamic memorial to the social reformer and first American woman awarded the Nobel Peace Prize, preserves and develops the original Hull-House site for the interpretation and continuation of the historic settlement house vision, linking research, education and social engagement.

"I look forward to expanding and refining the radical legacy of the Hull-House founders and working with museum staff and stakeholders to make sustainable connections between this history and contemporary social justice issues in Chicago," Scott said.

Scott writes and lectures on arts and civic engagement internationally. In 2012, the U.S. State Department in Berlin invited her to speak throughout Germany on heritage, the role of public memory, and civil rights. More recently, she spoke at the Museum of London, Docklands, on social responsibility, cultural sustainability and participatory strategies for museums.

From 2003 to 2013, Scott was vice director and research director at Weeksville Heritage Center, a historic house museum dedicated to Weeksville, one of America's early free black communities, now a part of Brooklyn's Crown Heights neighborhood. At Weeksville, she conducted historical and curatorial research on 19th- and early 20th-century communities; co-curated exhibitions; launched an oral history project and supervised all collections and preservation initiatives.