Newswise — “Our America: The Latino Presence in American Art” presents the rich and varied contributions of Latino artists in the United States since the mid-20th century, when the concept of a collective Latino identity began to emerge. The exhibition is drawn entirely from the Smithsonian American Art Museum’s pioneering collection of Latino art. It explores how Latino artists shaped the artistic movements of their day and recalibrated key themes in American art and culture.

The exhibition presents works in all media by 72 leading modern and contemporary artists. Of the 92 artworks featured in the exhibition, 63 have been acquired by the museum since 2011, representing its deep and continuing commitment to collecting Latino art. “Our America” will be on view from Oct. 25 through March 2, 2014. Following its presentation in Washington, D.C., the exhibition will travel to six cities across the United States. The exhibition is organized by E. Carmen Ramos, curator of Latino art at the Smithsonian American Art Museum.

“The exhibition ‘Our America’ is the culmination of a major collecting initiative, still underway at the Smithsonian American Art Museum, to build a significant collection of Latino art in the nation’s capital,” said Elizabeth Broun, The Margaret and Terry Stent Director of the Smithsonian American Art Museum. “It is particularly exciting to debut so many artworks newly acquired for the museum’s permanent collection.”

The exhibition includes works by artists who participated in all the various artistic styles and movements, including abstract expressionism; activist, conceptual and performance art; and classic American genres such as landscape, portraiture and scenes of everyday life. Latino artists across the United States were galvanized by the civil rights movement of the 1960s and 1970s. They created new images of their communities and examined bicultural experiences. Many critically probed American history and popular culture, revealing the possibilities and tensions of expansionism, migration and settlement. Other Latino artists in the exhibition devoted themselves to experimentation, pushing the limits of their chosen medium. “Our America” presents a picture of an evolving national culture that challenges expectations of what is meant by “American” and “Latino.”

“The relationship between Latino art and the larger world of American art in the post-War period is not simple or clear cut,” said Ramos. “Some artists, influenced by the activism of Latino civil rights movements, turned away from pure formalist discourse to tackle the pressing issues of the day. Others artists wholeheartedly embraced abstraction. An even larger group inhabited multiple worlds, infusing avant-garde modes with politically and culturally engaged themes.”

Artists featured in the exhibition reflect the rich diversity of Latino communities in the United States. “Our America” showcases artists of Mexican, Puerto Rican, Cuban and Dominican descent, as well as other Latin American groups with deep roots in the United States. By presenting works by artists of different generations and regions, the exhibition reveals recurring themes among artists working across the country.

Free Public ProgramsAn opening talk by Ramos titled “What Is Latino About American Art?” is scheduled for Friday, Oct. 25, at 6 p.m. in the museum’s McEvoy Auditorium. Ramos also will give a gallery talk Wednesday, Dec. 11, at 6 p.m. Additional programs include a family day Saturday, Nov. 2, from 11:30 a.m. to 3 p.m., and screenings of the documentary Buena Vista Social Club Wednesday, Nov. 6, at 6:30 p.m. and the popular film Born in East L.A. Tuesday, Nov. 12, at 6:30 p.m.

An artist panel “Defining and Defying Latino Art: A Conversation with Five Artists,” moderated by Ramos is Thursday, Nov. 7, at 6 p.m. Participating artists are Alba, Luciano, Martínez-Cañas, Mesa-Bains and Moroles. The program is presented in conjunction with the conference “Latino Art Now! Nuestra América: Expanding Perspectives in American Art,” which is organized by the Inter-University Program for Latino Research headquartered at the University of Illinois at Chicago, the Smithsonian Latino Center and the Smithsonian American Art Museum. Free tickets are required for this event.

Educational InitiativesThe museum is producing a bilingual family guide that will be available in print and online at americanart.si.edu/education/resources/guides.

Several educational events will be offered in conjunction with the exhibition. An “Evening for Educators,” a professional-development event cosponsored by the museum and The John F. Kennedy Center for the Performing Arts, will take place at the museum Wednesday, Nov. 13, from 4:30 p.m. to 7:30 p.m. All participants will receive a set of six teaching posters featuring artworks from the exhibition. The posters also will be available on the museum’s website and will be distributed to teachers who schedule field trips to the exhibition. Details and registration information will be available online in September; the cost is $25. Student tours of the exhibition can be arranged through the museum’s online tour registration form, americanart.si.edu/education/tours/student/registration/.

PublicationThe exhibition catalog includes essays by Tomás Ybarra-Frausto, independent scholar, and Ramos. The catalog, copublished by the museum and D Giles Limited, is forthcoming in 2014. It will be available for $60 ($40 softcover) online and at museums hosting the tour.

Credit“Our America: The Latino Presence in American Art” is organized by the Smithsonian American Art Museum. Generous support for the exhibition has been provided by Altria Group, Aida M. Alvarez; Judah Best, The James F. Dicke Family Endowment, Sheila Duignan and Mike Wilkins, Tania and Tom Evans, Friends of the National Museum of the American Latino, The Michael A. and the Honorable Marilyn Logsdon Mennello Endowment, Henry R. Muñoz III and Zions Bank. Additional significant support was provided by The Latino Initiatives Pool, administered by the Smithsonian Latino Center. Support for “Treasures to Go,” the museum’s traveling exhibition program, comes from The C.F. Foundation, Atlanta.

Note to Editors: Selected high-resolution images for publicity only may be downloaded from americanart.si.edu/pr. Email [email protected] for the password. 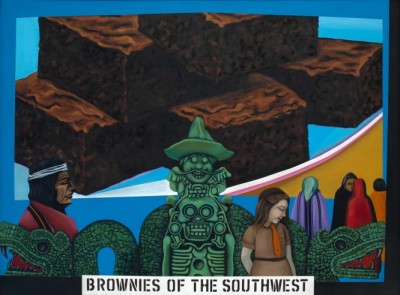 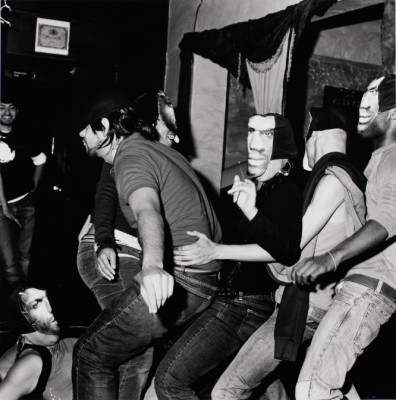 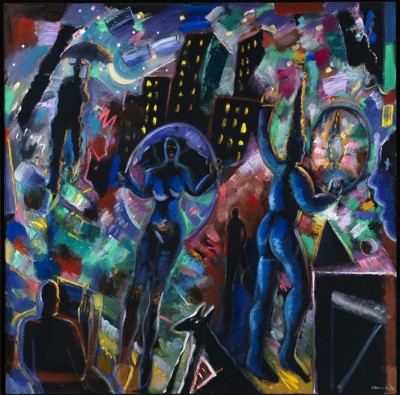 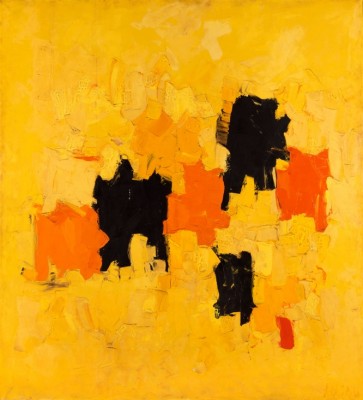 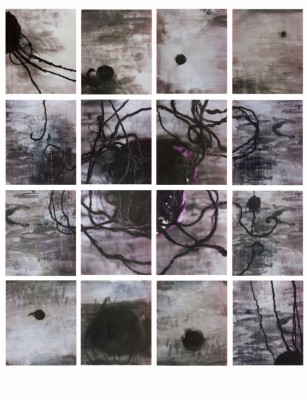