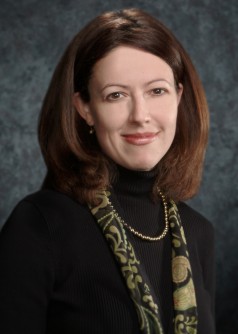 Newswise — FAYETTEVILLE, Ark. – Given the 1 million signatures on a petition to recall Wisconsin Gov. Scott Walker, research on the voting behavior of petition signers suggests that Walker faces a tough time in the June special election. A study published in the March 2012 issue of Political Behavior finds that people who sign petitions are more likely to show up to vote.

“Not only does recall history generally suggest that the governor’s odds of surviving a special election are low, but our study demonstrates that the people who signed the petitions and who become uncharacteristically motivated may well drive his ouster,” said political scientist Janine Parry of the University of Arkansas.

Parry teamed up with Daniel Smith of the University of Florida and Shayne Henry, then an Honors College undergraduate at the University of Arkansas, to analyze data from 1,000 registered Arkansas voters, 1,100 registered Florida voters, and all 71,119 registered voters in Gainesville, Fla., to measure the relationship between petition signing and voting. The researchers matched individual petition-signers with their election behavior and found that voters who signed petitions were more likely to go to the polls.

While the data showed the probability of voter turnout was higher for voters of all voting histories who signed a petition — from functionally inactive voters to super voters — petition signing had the greatest effect on irregular voters and on voters in off-cycle elections, such as the recall election in Wisconsin. The researchers found that infrequent voters who signed a petition were sometimes as much as 20 percentage points more likely to turn up at the polls compared to those who did not sign a petition.

“The magnitude of the effects was most surprising and unexpected for voters with the spottiest records,” Parry said. “Having a 20 point increase in anything in social science is pretty amazing.”

Few studies have focused on the significance of petition signing as motivation for individual voters to go to the polls. This study is the first to couple actual ballot petitions with official voter records, because the data were available through the Know Thy Neighbor online database, a publicly available database of those who had signed a statewide constitutional initiative against gay marriage and adoptions.

“The data have never been available for scholarly purposes because no one has the time to type in 100,000 names and then cross check it with registered voters,” Parry said. “Most people don’t have the time or staffing to digitize that kind of information.”

In recent election cycles, having controversial social issues on the ballot has driven voter turnout.

"If you can get a hot-button social issue out there, people are more likely to respond and show up to the polls,” said Parry. “Parties and candidates were banking on this process, hoping to drive turnout, like in 2004 with George W. Bush and gay marriage, or in 2006 when the Democrats tried with somewhat less success with minimum-wage ballot measures.”

In contrast, Parry said, “Our findings add more authority to the claim that campaign contact matters and that it matters a lot for certain people.”

The study, “The Impact of Petition Signing on Voter Impact,” appears in the March 2012 issue of Political Behavior.