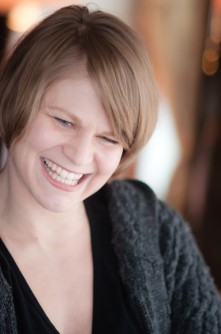 Poet Christine Stewart devotes 10 to 12 hours per week to her writing while teaching two or three English classes per semester at South Dakota State University. 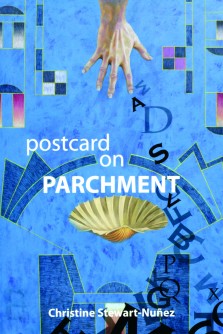 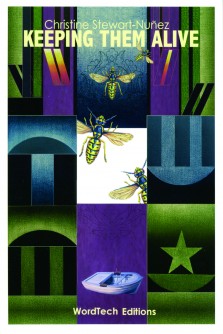 Stewart’s second book of poetry, Keeping Them Alive, was published in 2010.

Newswise — To catalyze, ignite and magnify—all these images capture what an honors college means to its students and faculty. But only through research can creative writer Christine Stewart understand these metaphors well enough to incorporate them into a poem she is writing for the dedication of a new building for the South Dakota State University honors program. “I have all these images and metaphors from different disciplines,” the associate professor of English says. “Even if the image ends up being just one line of the poem, it has to ring true to them when I borrow a metaphor from their field.”

Since 2007, Stewart has published three books—one based on her dissertation, 60 poems, 10 creative nonfiction essays, six book reviews and two teaching-and-learning articles. Her essay, An Archeology of Secrets, won the Briar Cliff Review’s 15th Annual Creative Nonfiction Contest and was selected as a notable essay in the Best American Essays 2012. For her accomplishments, Stewart was named Scholar of the Year for the SDSU College of Arts and Sciences. She devotes 10 to 12 hours per week to her writing while teaching two or three classes per semester.It’s not just about imagination, emotionThough people might think creative writers rely solely on imagination and emotion, Stewart says, “any given piece might have a huge variety of research in it.” She sometimes put as much as five hours of research into just one metaphor.

“Creative writing scholars argue that anything that takes them out of the realm of imagination is research,” Stewart explains.

Stewart recently wrote a poem about Saint Hildegard of Bingen, a Benedictine nun who was a writer, composer, philosopher and visionary in 12th century Germany.

Hildegard compared a woman’s body to lyre, a metaphor which Stewart found compelling. “I like it, but I can’t throw it into a poem without having an understanding of what she meant by it.” To reach into Hildegard’s world, Stewart used grant monies to travel to Germany, to see the place where the saint lived. She examined the lyre, listened to music played on the instrument and to the hymns Hildegard composed. “There are so many layers,” she explains.

Research integral to imagery, structureEven works that describe events in her personal life require research. When her father visited her in Tarsus, Turkey, where she taught from 1996 to 1998, he revealed that he had another daughter, a sister she didn’t know about, and that he had not stopped drinking. Her award-winning essay, “An Archeology of Secrets,” chronicles this.

The piece springboards from two words that are the same are in English as they were in the Hittite culture, which flourished in Asia Minor and Syria from 1200 to 1600—daughter and water. “Those two words became the dominant metaphors,” Stewart explains with the water representing alcohol.

“I rely on research to give me structure,” she says. “It’s so integral to the actual product in the process of writing.”

The archeology theme in the essay asks the question, “how do you know whether information is valuable or not?” she explains. Her research showed that archeologists leave some quadrants alone when they excavate a site because future technologies may tell them more, yield better research.

One scene in the essay talks about her father being in the Vietnam War. To help imagine the scene, Stewart went online to find photos of men in Vietnam to get a sense of what her father might have looked like then.

“It can be the emotional truth,” she says, but “I want it to ring true for someone because that convinces them to feel.” She eventually found out that her father didn’t talk about Vietnam simply because no one asked him to do so.

“I’m passionate about making the argument that we do a lot of research in creative genres, though it looks very different from lab research,” Stewart explains. “I would never be able to write without it.” 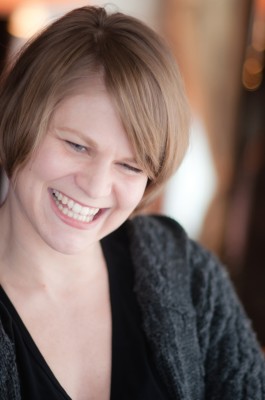 Caption: Poet Christine Stewart devotes 10 to 12 hours per week to her writing while teaching two or three English classes per semester at South Dakota State University. 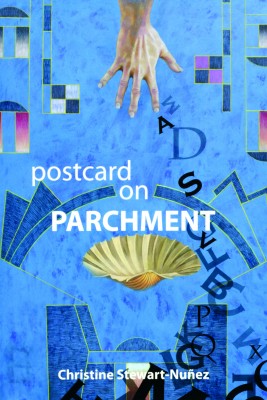 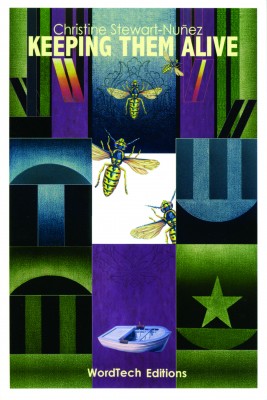 Caption: Stewart’s second book of poetry, Keeping Them Alive, was published in 2010.