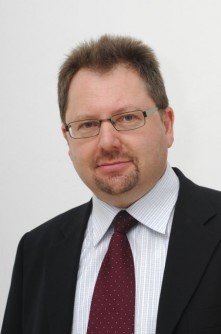 Newswise — The International Association for Intelligence Education (IAFIE) will bestow its Lifetime Achievement Award upon Prof. Shlomo Shpiro, incumbent of the Paterson Chair in Security and Intelligence at Bar-Ilan University's Department of Political Studies and Senior Fellow of the Begin-Sadat (BESA) Center for Strategic Studies.  The award will be presented in The Hague on September 19.

In presenting the decision to honor Prof. Shpiro, IAFIE Chairman Prof. Bob de Graaff wrote, "In spite of his relatively young age, Prof. Shpiro has made a major footprint upon our field of study. He has conducted research at leading universities in Europe and Israel, and has published extensively on intelligence, terrorism and security. He has lectured widely on intelligence and security at dozens of top level venues all over the world."

Prof. de Graaf further noted that the two-volume Handbook of Global Security and Intelligence, published in 2008 and co-edited by Prof. Shpiro, "set a major step towards a more comparative approach of intelligence services and the shedding of undue U.S. dominance in this academic domain".

"Prof.Shpiro is also known for his many articles on intelligence services, with an emphasis on the Middle East and especially Israel, focusing on this country’s counterintelligence operations against the KGB and its fight against terrorism. Another focus of his work is his interest in oversight and ethics, the sometimes troublesome relations between intelligence services and the media, and Israeli-German intelligence cooperation," added Prof. de Graaf.  "Apart from his purely academic work, Prof. Shpiro made his knowledge available for policy applications, e.g. by leading a NATO-funded project on improving intelligence cooperation between NATO and Mediterranean countries, which makes it especially appropriate to present him this award. In the years 2009-2012 he also made a major contribution to the development of the EU Terrorism Crisis Communication Strategy."

Prof. Shpiro is since 2009 the Coordinator of the highly successful EU project 'SAFE-COMMS', responsible for developing the Terrorism Crisis Communication Strategies for public authorities and first responders all over the European Union.  These strategies assist public authorities and official bodies throughout Europe to overcome and recover from terrorist attacks and to minimize, as much as possible, the adverse public effects of the attack sought by terrorists, including panic, anxiety and uncertainty, during the hours and days following a major terrorist attack. The project was awarded a 1.1 million Euro grant by the EU FP7 program and is conducted in collaboration with universities in Northern Ireland, Spain, Greece, Bulgaria and Germany.

In 2015, Prof. Shpiro founded, together with Dr. Ephraim Lapid, Bar-Ilan University's ground-breaking Intelligence and Security Studies MA program.  The first of its kind in Israel, this MA program at the Department of Political Studies focuses on security, intelligence and military studies and has on its teaching staff some of the leading experts in Israel.  It has proven a big success both with young students and with practitioners from the security and intelligence establishment.