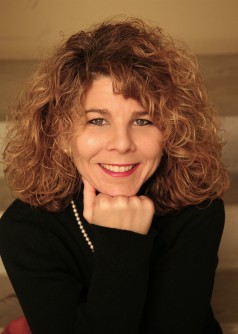 Newswise — LOS ANGELES -- A new study released by USC Annenberg researcher Dr. Stacy L. Smith and Marc Choueiti shows that Hollywood continues to be a difficult place for women to find on- and off-screen role models, and provides some grim details about society’s sexualization of teenaged girls.

In a survey of the top 100 grossing movies from 2008, Smith and her research team found that 39.8% of teenage female characters were seen in sexy clothing, and 30.1% were shown with exposed skin in the cleavage, midriff or upper thigh regions. For teenage male characters, the numbers were drastically lower – 6.7% shown in sexy clothing and 10.3% showing skin.

In addition to the figures shown on screen, the researchers found that conditions for women behind the camera are similarly troubling. For every woman that directed, wrote or produced a movie in 2008, there were nearly five men chosen for the same creative positions.

“These findings are troubling given that repeated exposure to thin and sexy characters may contribute to negative effects in some female viewers,” Smith said. “Such portrayals solidify patterns of appearance-based discrimination in the entertainment industry.”

Hollywood’s emphasis on sexualizing its women continues, the study found. Across four out of six measures of sexuality – from wearing sexy clothing to being described in dialogue as attractive – female characters were much more likely than their male counterparts to be portrayed with objectifying attributes. Nearly one quarter of female characters were shown exposing skin in 2008’s most popular movies.

The researchers found some evidence that movies with women in creative production roles may help give young female viewers better role models to follow. In movies with at least one female director, 44.4% of speaking characters were females as well, compared to 31.7% in all-male-directed films. A similar gender boost was observed in movies written by women.

“There is a possibility that what we are seeing here is the power that individuals may have in affecting change on a large scale – in this case the number of working females in film,” said Marc Choueiti. “Amidst the unsettling statistics, this may prove to be a beacon of hope; however more research is needed to determine the cause and direction of this relationship.”

This year’s study follows a similar analysis of movies released in 2007, and reveals some trends. There was a substantial increase in movies with at least one woman director, with 8% of 2008 films helmed by women (compared to only 2.7% in 2007). The proportion of female speaking characters in stories released by Hollywood studios also increased, climbing to 32.8% from 29.9%.

While this ratio represents the slimmest the gender gap has been across multiple studies conducted by the research group, the report points out that females still have a long way to go. In 2008, there were more twice as many men in speaking roles than women.

“Females are still being marginalized and sexualized in popular film,” Smith said. “While the higher percentage of females on screen in this sample of movies is a step in the right direction, gender equality for female actors and those working behind the camera is still nowhere in sight.”

More than 60 undergraduate research assistants worked with Smith and Choueiti on the project.

About the USC Annenberg School for Communication & Journalism Located in Los Angeles at the University of Southern California, the Annenberg School for Communication & Journalism (annenberg.usc.edu) is a national leader in education and scholarship in the fields of communication, journalism, public diplomacy and public relations. With an enrollment of more than 2,200 students, USC Annenberg offers doctoral, master's and bachelor's degree programs, as well as continuing development programs for working professionals, across a broad scope of academic inquiry. The school’s comprehensive curriculum emphasizes the core skills of leadership, innovation, service and entrepreneurship and draws upon the resources of a networked university located in the media capital of the world.

Arts and Entertainment Sex and Relationships