The Salzburg Academy on Media and Global Change is a new initiative of ICMPA (International Center for Media and the Public Agenda ) at the University of Maryland's Philip Merrill College of Journalism and of the Salzburg Global Seminar. 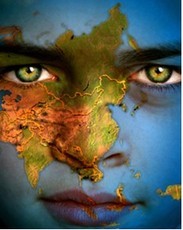 Fifty-two students from five continents came together in August, 2007, at the home of the Salzburg Global Seminar, to start a world-wide revolution in media education.

Newswise — Fifty-two students from five continents came together this month at the home of the Salzburg Global Seminar to start a world-wide revolution in media education. The students, all selected to be in the first class of the Salzburg Academy Program on Media and Global Change, created a dynamic online-based curriculum like nothing ever before taught. The attending faculty and deans from a dozen different universities around the globe have committed to teach the academic modules back at their home institutions.

The student-created curriculum, titled "Global Media Literacy," is focused on skills and outcomes not typically associated with traditional and elite academic universities: the course is intended not just to create better educated and more informed students, but to foster student engagement in the world. The course emphasizes five key elements of global citizenship: access to media, awareness of media's power, assessment of how media cover international events and issues, appreciation for the role media play in creating civil societies, and action to encourage better communication across cultural, social and political divides.

"What's transformative," noted Professor Susan Moeller, "is that starting this coming year, universities in Asia, Africa, the Middle East, Europe and the Americas will all be using the same curriculum to teach their students to ask some of the most critical questions that citizens can ask: 'How do the news media affect our understanding of ourselves, our societies, our politics?' 'How can we use media to better cover global problems and to more comprehensively report on possible solutions?'" Moeller, the director of the International Center for Media and the Public Agenda (ICMPA) at the University of Maryland, is the lead faculty member of the Salzburg Academy.

The Academy students, who hold passports from 14 countries—including the USA and China, Israel and Saudi Arabia, the United Kingdom and South Africa, Argentina and Pakistan—ranged in age from 19 to 33 and from undergraduate to PhD level. Faculty and deans from a dozen different universities around the world oversaw the program, giving lectures and acting as mentors to small teams of students.

"While Media Literacy has been gaining strength as an academic discipline in Europe, Asia and the United States for the last several years, this is probably the first time that universities around the world have jointly built a Media Literacy curriculum," said Dr. Jochen Fried, the director of Education Initiatives at the Salzburg Global Seminar and co-director of the Academy. "The course is entirely global and comparative in scope, and intended to create students who are both critical of media's manipulative influence and empowered to use media to effect positive change."

In addition to creating an online curriculum and resource materials on Global Media Literacy, the students also looked at two key issues—Terrorism and Climate Change—and built 10 web-based modules that consider how global media cover these subjects. How do media report on terrorism—what are the under-reported terrorism stories, locally, regionally, globally? How do media cover Climate Change—as a scientific story, an economic challenge or a political problem?

The Salzburg Academy on Media and Global Change is a new initiative of ICMPA at the University of Maryland's Philip Merrill College of Journalism and of the Salzburg Global Seminar, an independent, non-governmental organization that for 60 years has convened imaginative thinkers from different cultures and institutions to solve issues of global concern.

The three-week Academy program was designed to bring together top undergraduate and graduate students from around the world with a global faculty to study and live at the Seminar's home, the world-renowned Schloss Leopoldskron, celebrated as an historic center of scholarship—as well as the movie "home" of the Von Trapp family in "The Sound of Music."

The students and faculty who together speak 16 different languages (Afrikaans, Arabic, Chinese, English, Farsi, French, German, Greek, Hebrew, Italian, Kiswahili, Portuguese, Punjabi, Spanish, Swedish, Urdu) both conducted their discussions in English and built the draft university curriculum in English. Plans are underway to complete the editing of the online modules this fall, to translate core portions of the curriculum into Chinese and Spanish and to develop resource materials in a number of the home languages of the attendees.

"The new perspectives and tools developed at the Salzburg Academy are going back home with the participants," said Stephen Salyer, the President and CEO of the Salzburg Global Seminar. "Already this summer's students who came from the four corners of the earth are setting in motion ideas and projects that will reverberate for decades to come. Like the first Salzburg Summer School in 1947 whose participants came literally from the opposing sides of World War II, today's Academy became a place where students from very different cultures could talk about shared goals, respect each other's differences, find common solutions, and take responsibility for forging a better world."

On July 29, U.S. Supreme Court Justice Anthony Kennedy gave the opening address of the Salzburg Academy to students, faculty and invited guests. "Judges and journalists play critical and parallel roles in securing freedom," he declared. "They both are people who know the value and power of the 'word.'"

Maestro Daniel Barenboim gave the closing remarks of the Academy session on the evening of August 18. "It is high time we learn the narrative of the other," said Barenboim, the Argentinean-born Israeli conductor of the West-Eastern Divan Orchestra. You and we are a model for others, he told the rapt audience. "In music you don't express just yourself, you listen to others and are an accompaniment to them." Barenboim, who left a rehearsal for the orchestra's Salzburg debut to speak to the Academy students, had founded the orchestra with the late Edward Said to promote dialogue among young musicians from Israel, the Palestinian territories and Arab countries throughout the Middle East.

The three weeks of the Academy session overlapped with the famed Salzburg Music Festival and students also had the opportunity to interact with the Salzburg Global Seminar's two writers in residence for this summer: Jeffrey Eugenides (who won the Pulitzer for Middlesex) and Richard Ford (who won the Pulitzer and the PEN/Faulkner award for Independence Day). Others who made guest appearances in front of the students during the Academy session included famed British publisher George Weidenfeld and Axel Springer CEO Mathias DÃ¶pfner.

A generous grant from the John S. and James L. Knight Foundation made it possible for the Latin American institutions to attend the Academy program.

For more specifics on the program, the students and the curriculum, please see: