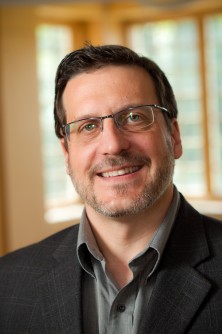 Newswise — If you want to feel good about yourself, try acting not like yourself.

In a new study published in the Journal of Personality, Wake Forest University psychologist William Fleeson found the idea of “being true to yourself” often means acting counter to your personality traits. Because authenticity predicts a variety of positive psychological outcomes, Fleeson says his research can help people see they have options for how they behave.

“One implication of these findings is it might be possible for individuals to improve their mental health by acting against their personality traits,” says Fleeson. “Being flexible with who you are is OK. It is not denying or disrespecting who you are. People are often too rigid about themselves and stick with the comfortable and familiar. ”

Fleeson says adapting to a situation can make people more true to themselves in some circumstances. His study discovered that introverts feel more true to themselves or “authentic” when they are acting extroverted. When a shy person attends a party and acts like a social butterfly, he is likely to report that he feels like he is showing his true self at that time in that situation.

From philosophy to literature, the idea of authenticity is well ingrained in Western culture. William Shakespeare opined, “To thine own self be true,” and Jean-Paul Satre was obsessed with the idea of the individual remaining true to one’s inner creativity when pitted against the modern conformist state. In psychology, authenticity is the amount that a person is demonstrating his or her true self.

Acting out of character in this way, some would say, suggests people are faking it. Fleeson says the study, co-authored by former Wake Forest graduate student Joshua Wilt, shows that is not the case.

“Authenticity is consistently associated with acting highly extroverted, even for those who characterize themselves as introverts,” he says. “Despite the cultural assumption that consistency with one’s traits would predict authenticity, it did not.”

In addition, his research showed that authenticity or feeling like you are being the real you, is consistently associated with acting emotionally stable and intellectual, regardless of the actor’s traits.

The multi-part study involved several groups of college-aged students. One hundred-forty three participated in multiple 50-minute sessions in a laboratory setting where they engaged in different activities, such as playing Twister and discussing medical ethics. Researchers recorded observations. The participants evaluated their own behavior and made judgments about whether their current actions expressed their true selves. The researchers then tested their findings with a sample of adults ranging in age from 18 to 51. The participants also filled out questionnaires assessing personality traits.

The research was supported by a grant from the National Institute of Mental Health.