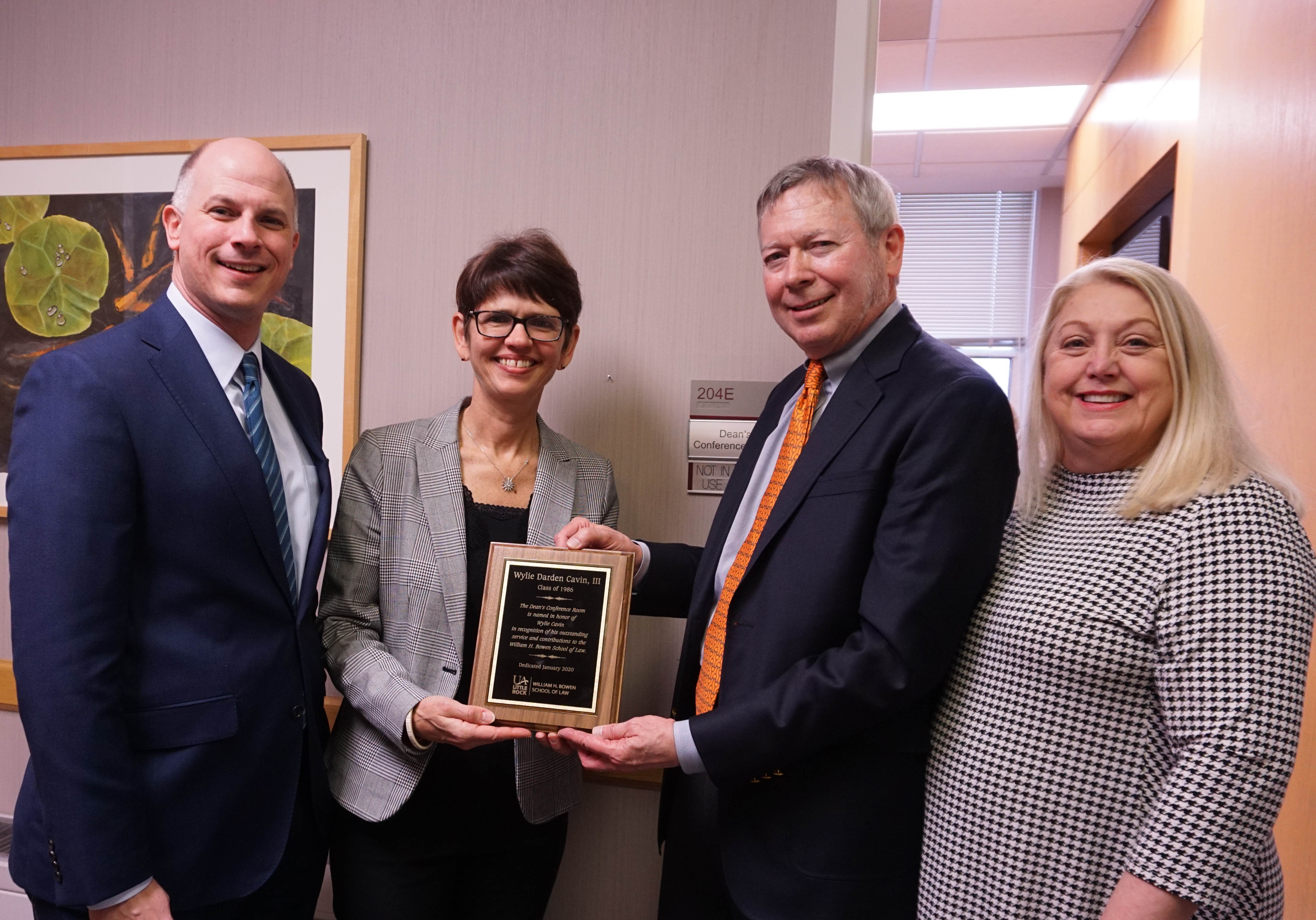 Credit: Photo by Tina Medlock/University of Arkansas at Little Rock 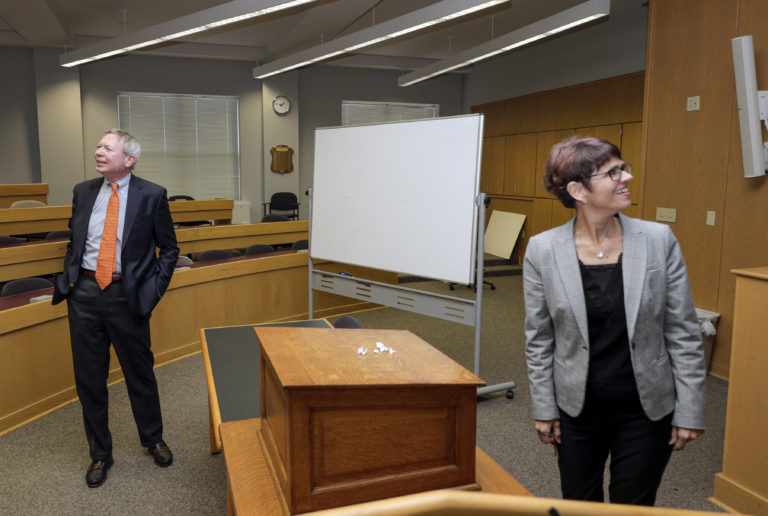 Credit: Photo by Ben Krain/University of Arkansas at Little Rock

Newswise — A graduate of the University of Arkansas at Little Rock William H. Bowen School of Law is hoping his gift of nearly $270,000 will help other Arkansas law students complete their education.

Wylie Cavin III, a 1986 graduate of the William H. Bowen School of Law, has donated $269,000 to the law school. The gift will be used to create the Wylie D. Cavin III Endowed Scholarship for Bowen students.

“The law school has meant so much to me and my career,” Cavin said. “I knew I wanted to practice business law. With Little Rock being the capital city, I thought UA Little Rock would be the best place to learn business law, and that turned out to be true. I wanted to leave a legacy and give back to the school for everything it did for me.”

To honor Cavin for his generous donation, the Bowen School of Law renamed the Dean’s Conference Room after Cavin during a Jan. 22 celebration at the law school.

“We are happy that Mr. Cavin has returned to Bowen for this occasion and are honored to receive his generous gift,” said Theresa Beiner, dean of the Bowen School of Law. “This gift will continue to benefit students by creating additional scholarship funds to help offset the costs of their legal education. We appreciate the UA Little Rock Development Office’s work with Mr. Cavin and Bowen to make this gift a reality.”

Cavin, a Little Rock native who now lives in Austin, Texas, is a 1975 graduate of Catholic High School for Boys in Little Rock and a 1979 graduate of Vanderbilt University with a bachelor’s degree in business administration. After graduating from college, he was commissioned as an officer in the U.S. Navy and served four years of active duty aboard destroyers. He is a former commander in the U.S. Navy Reserve.

He graduated from Bowen in 1986, having served as editor-in-chief of the UA Little Rock Law Review. He later served as an adjunct instructor of banking law at Bowen.

“You can’t forget where you came from,” Cavin said. “Bowen was a great experience for me. All the professors were down to earth and approachable. Hopefully, I’m returning some of what I received through my gift.”

After law school, Cavin joined Mitchell, Williams, Selig, Gates & Woodyard, PLLC, where he practiced corporate law from 1986 to 1995. In 1996, Cavin entered the banking industry by joining First Commerce Corporation in New Orleans. Cavin co-founded Red River Bancshares, Inc., a publicly traded bank holding company, in 1999, where he worked until his retirement in 2010.

The scholarship will benefit full- and part-time Bowen students in good academic standing and can be used for tuition, books, fees, and room and board. Financial need will be strongly considered.

Credit: Photo by Tina Medlock/University of Arkansas at Little Rock

Credit: Photo by Ben Krain/University of Arkansas at Little Rock

Back to School Education