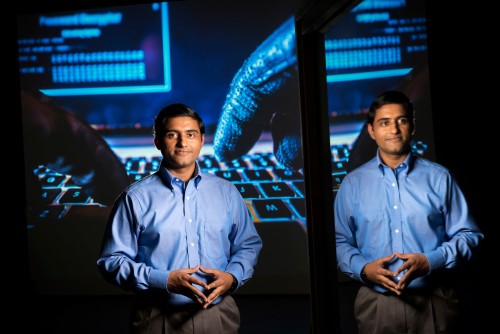 Dr. Nitin Agarwal works in the COSMOS Research Center at the University of Arkansas at Little Rock.

UA Little Rock is one of 81 institutions across 35 states who received a total of $46 million in funding through the Defense University Research Instrumentation Program (DURIP), a Department of Defense (DoD) initiative that supports purchases of major research equipment to augment current and develop new capabilities.

“DURIP awards provide essential research infrastructure to enable the pursuit of new knowledge and help maintain cutting-edge capabilities of our universities,” said Dr. Bindu Nair, Director, Basic Research Office, Office of the Undersecretary of Defense for Research and Engineering. “The awards will sustain the scientific excellence of our universities, train the next generation of STEM workforce, and facilitate scientific advances that will drive unparalleled military capabilities for our country.”

This effort enables universities to perform state-of-the-art research that boosts the United States’ technological edge, while ensuring that our future science, technology, engineering, and mathematics (STEM) workforce remains second to none. The highly competitive award program is administered through a merit competition jointly by the Air Force Office of Scientific Research, Army Research Office, and Office of Naval Research.

Agarwal, founding director of the Collaboratorium for Social Media and Online Behavioral Studies (COSMOS) at UA Little Rock, received the grant from the Department of Defense and the Office of Naval Research. The grant will provide equipment for a high-density, computational environment that will help scale up research efforts and support the VTracker application, a monitoring tool for video-based social media platforms.

The grant will provide COSMOS with a series of upgrades to the research center’s computational servers that will enable faster computation, more storage, and near real-time analysis of multimedia data from social media platforms. By supporting a data analytics bridge between various tools, the equipment will enable further discovery and analysis, data and knowledge exchange among stakeholders.

COSMOS researchers specialize in analyzing deviant activities on social media, including the identification of influential actors, their strategies, and tactics. Some of this research includes disinformation campaigns in the Indo-Pacific region, COVID-19 discourse, and highly sophisticated organizational tactics by adversarial actors who use social media to conduct disinformation campaigns, provoke hysteria, radicalize, and coordinate nefarious acts.

Studies examining adversarial information campaigns often focus on primarily text-based posts on social media platforms like Twitter and Facebook. The rapid growth in popularity of video-based platforms and the rampant mis/disinformation campaigns on them pose computational and scalability challenges for the researchers that the grant will address.

“Due to inadequate computational resources, much of the research is conducted at a small scale, say, a few thousand videos,” Agarwal said. “However, one of the most popular video-based social media platforms, YouTube, receives more than 300 hours of videos in under one minute. Existing research methodologies need to be enhanced to meet the new information environment.”

The problem is compounded by the rapid expansion of the social media landscape. Emerging non-mainstream and multimedia-rich platforms, such as TikTok, Parler, and Clubhouse, have become preferred choices for adversarial actors or groups to propagate hate speech and disinformation content that garners quick but substantial attention. This disinformation-riddled content often spills over to mainstream platforms.”