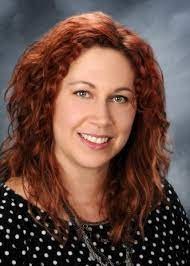 Newswise — A professor at the University of Arkansas at Little Rock has received a $133,333 grant from the National Endowment for Humanities to publish the most complete edition of 18th-century French philosopher Louise Dupin’s unpublished treatise “Work on Women.”

Dr. Angela Hunter, associate professor of English, and her co-principal investigator, Dr. Rebecca Wilkin of Pacific Lutheran University, will edit and translate selections of Dupin’s work from French to English. Their book, “Louise Dupin, Work on Women: Selections,” will be published by Oxford University Press as part of the “New Histories of Philosophy” series.

“Contributions from women were often ephemeral at the time. Dupin likely worried about public embarrassment if she published portions of her work under her own name,” Hunter said. “Because Dupin never published her treatise and because of the way women are often erased from these histories, she is not known as a philosopher.”

Their goal is to bring Dupin’s most important intellectual contributions to a wide audience at a time when interest in early female philosophers is on the rise. Dupin is primarily known now for holding an important literary salon and for her friendship with philosopher Jean-Jaques Rousseau, who served as a secretary in her household from 1745 to 1751.

“Most of her correspondence was destroyed after her death, so we may never know what persuaded her not to complete and publish her work,” Hunter said. “The image of her has been portrayed as a beautiful, gracious woman, a friend to many philosophers and artists, and a great conversationalist. It’s very important to me that she is recognized as a thinker in her own right and not just as a featured friend and employer of Rousseau, who used his time in her employ to expand his own knowledge base and even borrowed ideas from Dupin.”

Dupin’s unpublished work opens with a critique of the masculine vanity seen in both historical and emerging scientific views of sexual difference, analyzes the way that education perpetuates women’s dependence on men, and attacks in great detail inheritance laws and the marriage contract as sites of inequality, tracing them from the classical period to her own time.

“We believe the law section is very interesting from a scholarly point of view,” Hunter said. “She’s particularly eager to show that men’s domination of women is not something that’s been done the same way throughout time and across cultures. She thought that French jurisprudence of the 16th and 17th centuries  stripped women of their rights perniciously.”

The book will contain a selection of more than two-thirds of the most complete chapters of the “Work on Women,” as well as an introduction, bibliography, index, and four appendices. The selection draws from Dupin’s five main thematic sections on natural philosophy, religion, history, law, and education. Once published, the book will represent the only translation of Dupin’s work to date; small sections of the text are currently published in French.

“As her working title implies, Dupin did not finish the ‘Work on Women,’” Hunter said. “Some of the extant chapters exist in multiple drafts, and a few in rough draft form, while small sections of the manuscript are missing or assumed held in private collections. The manuscripts are currently spread across various libraries and archives in three countries. We have spent years transcribing and analyzing the manuscript and are thrilled to have the support of the NEH for this project.”

The National Endowment for Humanities awarded $30 million in grants this fall to 238 humanities projects across the country. This funding will support vital research, education, preservation, and public programs in the humanities. Hunter’s grant was one of only three projects in Arkansas to receive an NEH grant in this round of funding.

“These challenging times underscore how important the humanities are to making American culture and world history relatable across generations,” said NEH Chairman Jon Parrish Peede. “NEH is proud to award hundreds of grants to keep our nation’s scholars, students, teachers, and citizens moving forward in pursuit of new knowledge and understanding.”