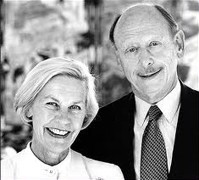 Newswise — Little Rock, Ark. (May 14, 2014)--The University of Arkansas at Little Rock has been selected for a $1 million endowment that will support scholarships for nontraditional college students who want to return to school to finish their college education.

The Bernard Osher Foundation of San Francisco selected UALR for the endowment, the only institution in Arkansas to offer the Osher Re-Entry Scholars Program.

The Foundation has already provided UALR $50,000 per year since 2012, and the first cohort of Osher scholars are set to graduate this May. The endowment ensures ample funding will continue into perpetuity and help bridge the gap in the cost of education for even more UALR students.

“This endowment could be a game-changer for higher education in Arkansas,” said Laurie Ann Ross, who was Director of Corporate and Foundation Relations at the time she wrote the grant and subsequent reports.

“It represents two years worth of reports that show how we are reaching a segment of students who benefit most from the extra financial support this funding provides. Osher Scholars are returning to school, staying in school, and finishing their degrees,” said Ross, whose current title at UALR is Director of Development and External Affairs.

The scholarship is for working adults between 25 and 50 years old with a cumulative gap in their education of five years or more who are pursuing their first baccalaureate degree. Potential scholars must show academic promise and a commitment to completing their degree.

The ability to demonstrate financial need not necessarily covered by federal student financial aid is also considered. The scholarships provide $4,000 for full-time students and $2,000 for students who are enrolled part-time.

The scholarship is given to newly matriculating students, however; returning Osher Reentry Scholars who have reapplied and continue to meet all other criteria are given preference.

A native of Biddeford, Maine, and a graduate of Bowdoin College, Osher began his career managing his family’s hardware and plumbing supply business in Biddeford before joining Oppenheimer and Co. New York. He relocated to California and became the founding director of World Savings, the second largest savings institution in the United States, which was sold to Wachovia Corp. in 2006.

A collector of American paintings of the mid-19th to mid-20th centuries, Osher purchased the fine art auction house of Butterfield & Butterfield in 1970 and oversaw its growth to become the fourth largest auction house in the world. In 1999, he sold the company to eBay.

Osher currently serves as president of the Fine Arts Museums of San Francisco Foundation and vice-chair of the American Himalayan Foundation. He is the recipient of numerous honorary degrees and is a Fellow of the American Academy of Arts and Sciences.