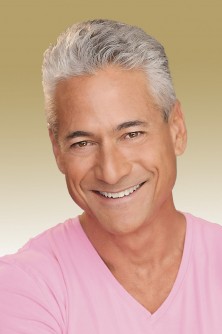 “We are thrilled to have Greg Louganis, a UCI alumnus and one of the greatest divers in history, give our 2015 commencement address,” said Dean Frank M. LaFerla. “He is an inspiration to millions of Americans because of his resiliency as an Olympic gold medalist and advocacy for HIV awareness as a worldwide health issue.”

Greg won a silver medal at the 1976 Montreal Olympics, in platform diving, at age 16. Eight years later he became the first male diver to get double gold in springboard and platform in the 1984 Los Angeles Olympics, and again in the 1988 Seoul Olympics. He has earned a total of five Olympic medals, five world championship titles and 47 national titles — more than any person in U.S. history.

In 1988, Greg Louganis also tested positive for HIV and came out as a gay athlete in a time when it simply was not done. His autobiography, Breaking the Surface, spent five weeks at No. 1 on The New York Times’ bestseller list.

The story of Greg’s life with HIV, and his refusal to be stopped by it, is a story that has inspired millions. Today, as an author, actor, activist, humanitarian, clothing and jewelry designer, he continues his tradition of excellence in every field he touches.