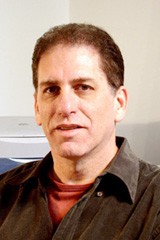 RIVERSIDE, California – David Pion-Berlin, an internationally known scholar of Latin America and professor of political science at UC Riverside, offers an analysis of the peace agreement between the Colombian government and the FARC guerilla group announced Aug. 24.

Pion-Berlin is known for his research on civil-military relations, defense, security, and human rights. He has written numerous books and papers on Latin American politics, including “Soldiers, Politicians, and Citizens: Reforming Civil-Military Relations in Democratic Latin America” (co-authored with Rafael Martínez, Cambridge University Press, 2017 forthcoming) and “Military Missions in Democratic Latin America” (Palgrave Macmillan, 2016). He currently serves on the editorial boards of the journals Latin American Politics and Society, Armed Forces & Society, and Political and Military Sociology: An Annual Review.

He offers this brief analysis of the peace agreement and is available for interviews.

On Aug. 24, the Colombian government and the FARC guerrilla group announced they had reached final agreement on a plan that would put an end to that country’s long civil war. This is an historic agreement that brings a 52-year-old violent struggle to a peaceful conclusion, and that comes after 54 months of arduous negotiations that began and ended in Cuba whose government helped to broker the deal. This, the longest civil war in modern history, resulted in 220,000 Colombians being killed and some 6 million displaced internally.

President Juan Manuel Santos has staked his political reputation on getting this deal, and his job is not finished yet. He must subject the agreement to the will of the Colombian voters in the form of a referendum which will be held sometime in October. The agreement will become law only if voters approve it.

While the full text of the agreement has yet to be released, what we do know are some of the essential elements.

The government will provide development assistance to impoverished rural areas to help small landowners, and to assist ex-guerrillas reintegrate into the nation’s economy. Political participation will be eased for the opposition, and in particular for those FARC members who wish to run for political office. There will be a form of transitional justice that will emphasize truth-telling over recrimination. The most egregious crimes committed or ordered by the FARC leadership will be punished, but for the rest, especially the rank and file, should they come forward and confess their crimes will either be given light sentences, or amnestied entirely. There will be reparations for the victims of the war and their families in the form of land and funding. The FARC will be disarmed and demobilized. Its 7,000 remaining fighters will move to some 23 U.N.-controlled centers where they will relinquish their weapons, assuming the peace deal is ratified by the voters.

The peace agreement is not without controversy. Ironically, it is former President Alvaro Uribe, whose government helped weaken the FARC militarily and thus bring them to the negotiating table, that is now the most vociferous opponent, claiming that the guerrillas are literally getting away with murder. He and other naysayers argue not only is the deal too lenient for those who committed crimes, but that it is likely to be honored in the breach.

While they may be right, history shows us that peace agreements of this sort in Latin America have been quite successful. In 1992, the U.N. brokered a settlement between the Salvadoran guerrilla organization, the FMLN, and the government, putting an end to that nation’s bloody civil war. The agreement has held for 24 years without violations. The U.N. also oversaw a peace agreement in Guatemala in 1996 between its armed forces and the Guatemalan guerrilla groups which has held up ever since. Even in Colombia, there is precedent. The M-19, a guerrilla group that splintered off from the FARC, negotiated for peace with the government. In exchange for laying down their arms in 1989, they were permitted to enter the political process, and several ex-guerrillas ran successfully for seats in the Congress.

There is always the possibility that the deal can fall through, but the incentives to comply with the agreement are strong on all sides. The FARC has been decimated by this war, and sees no future in prolonging the fight. The government too wants peace badly, as does the military which is war weary. The cost both in blood and treasure have been huge for the nation. At a time when the economy has been sliding into recession, the last thing the government needs is to divert more resources into defense. Most importantly, the public needs the government to turn its attention away from war, and towards resettlement of those displaced from their homes, economic development and employment generation.

At the same time, it is difficult for many in Colombia to believe that peace is possible having lived with war for so long. While they earn for peace, they are also skeptical. Though the referendum is likely to pass, it will not be a shoe-in. Santos will have to lobby hard for its approval, attempting to calm the fears that citizens have and that Uribe is anxious to exploit.