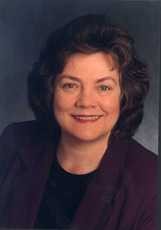 Toni Morris, chair and professor of English, University of Indianapolis

Newswise — As the release of the final Harry Potter book draws near, University of Indianapolis English Department Chair and avid Harry Potter fan Toni Morris offers her thoughts about the popularity of the series and raises some questions about its cultural significance.

"¢ Anti-intellectualism. Though the books have encouraged reading among children, Morris says they actually can be seen as anti-intellectual. Although she concedes that the series shows respect for some teachers and, to a certain extent, for learning, she notes, "In classic hero fashion, Harry is braver than he is smart. Though Hermione's studiousness often saves the hides of her male comrades, it isn't very admired. Raw bravery and supernatural powers are almost always what save the day."

"¢ A dark vision of the world? As the series progresses, Hogwarts has become less safe " a place where students must fight and defend themselves. "Is this the way many students view school today?" Morris questions. In general, the series has gotten progressively darker. "If, as some are predicting, Harry dies, it will be a dark vision of the world."

"¢ Kids can relate. Some of the series' popularity may stem from the fact that the novels capture what kids the age of the characters are like and some of the issues they deal with. For example, Morris says that just as in real life, characters are rarely all good or all bad. "Harry has friends, but he has to sort out who is good and who is bad," she explains. "Harry also is 'different' and he has to learn to deal with that and find the group that will accept him."

"¢ A boy's adventures and movies help increase popularity. "It is common knowledge that girls will read about a boy's adventures, but boys will not read about a girl's," Morris notes. "And well-made movies quickly familiarize audiences with the characters " an impetus to read that not all fantasy series have had."