23-Apr-2014 10:00 AM EDT, by University of Massachusetts Amherst
favorite_border 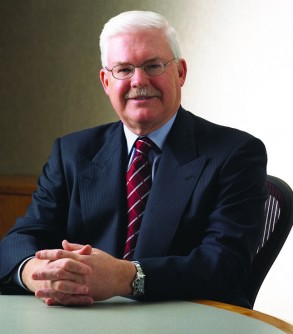 Newswise — AMHERST, Mass. – The University of Massachusetts Amherst today announced a $10 million gift from longtime supporters Douglas and Diana Berthiaume to create a world-class Center for Entrepreneurship within the university’s Isenberg School of Management.

Douglas Berthiaume, a 1971 management school graduate of UMass Amherst, is chairman, president and CEO of Waters Corp. in Milford, and co-chair of UMass Rising, the university’s $300 million campaign. He said, “Over the past 20 years I have become intimately involved with a number of aspects of the university, including the school of management and the environmental sciences. I have seen firsthand how great research, a committed faculty and private partnerships give students a richer learning environment. Diana and I look forward to seeing the impact this new center will have across the university.”

The Douglas and Diana Berthiaume Center for Entrepreneurship will be the hub of a campus network of scholars, innovators and entrepreneurs, with a three-fold mission of supporting research, education and practice, all targeted at transforming ideas into business realities. The Berthiaumes’ donation builds on the couple’s extraordinary support for the university, which includes a previous gift of $5 million in support of Isenberg School initiatives.

UMass Amherst Chancellor Kumble R. Subbaswamy noted, “We are grateful for this most generous gift from two of the university’s greatest benefactors. It speaks volumes about the education Doug Berthiaume received here in Amherst and about his understanding of the power of education to foster innovation in the real world. Because of Doug and Diana, the Center for Entrepreneurship will be able to apply the fruits of research done across the university’s flagship campus to improve businesses throughout the Commonwealth, the nation and the world.”

The cross-disciplinary nature of the center will include significant collaborations with the College of Natural Sciences and the College of Engineering. Key aspects planned include an entrepreneur-in-residence program; a research paper series; credit-based courses for students as well as mini-courses and workshops geared toward practicing professionals; internship programs; engagement with leading organizations; elevator pitch and business plan competitions building on the existing Innovation Challenge; incubator space and coaching support for new-venture start-ups, and support for small business development.

Mark Fuller, dean of the Isenberg School, observed, “With this transformational gift, the Berthiaumes will make real the vision of a coordinated, synergistic approach to research, teaching and the practical application of resources to support aspiring entrepreneurs. The Berthiaume Center will address multiple areas of entrepreneurship, including technology-based business, small business and social entrepreneurship.”

Douglas Berthiaume, who grew up in Chelmsford, leads Waters Corp., a laboratory analytical instrument and software company with 5,000 employees and operations in 27 countries. Berthiaume and Waters have also supported the university with scientific instrument donations, including a $450,000 chromatography/mass spectrometer, and by financial and program support to the Integrated Concentration in Sciences (iCons) program, another interdisciplinary approach to learning.

Berthiaume was one of the initial directors of the UMass Amherst Foundation, the private non-profit organization created in 2003 to raise private funds for the Amherst campus. He is chairman of the Boston Children’s Hospital Trust Board, and a trustee of the Boston Children’s Hospital Medical Center, and a past director of Genzyme Corp. He was awarded an honorary Doctor of Laws degree from UMass Amherst in 2005.