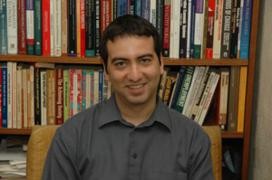 Newswise — Emerging from the underground, cryptocurrencies are making their way into mainstream consciousness. While various coins, exchanges and the digital approach to currency are under scrutiny, Venezuela has become the first nation to release its own cryptocurrency, the petro, which is backed by petroleum, the country’s strongest revenue source.

With 82 million petro tokens already in circulation, Venezuela’s government will follow with an initial coin offering (ICO) launch next month. Questions remain about the petro offering: is it pioneering a brave new market, or are cryptocurrencies still too volatile to be relied on by an entire nation, even when physically backed?

Cristian Pardo, Ph.D., associate professor and chair of economics at Saint Joseph’s University in Philadelphia, shares his opinion on the direction this move could take the Latin American nation.

“It depends on how much they will raise through selling the currency, as well as where that money will be used,” explains Pardo. “Oil is the country’s salary, and they would be mortgaging it for what could be either productive or unproductive uses.”

Venezuelan president Nicolás Maduro has implemented this coin under the assumption that it will boost the Venezuelan economy in the face of their rapidly inflating national tender, the bolivar. The market will cap at 100 million petros, backed by 100 million barrels of oil reserves.

“Oil is abundant in Venezuela and the currency would be protected against inflation since it adjusts with the price of oil,” says Pardo.

While he believes this all works on paper, Pardo says the strategy is a foray into uncharted territory. “Like for any other debt instrument, its value depends on the probability of repayment or non-default — that is, how likely it is that the government honors its promise that one coin is worth one barrel of petroleum.”

Pardo cautions that, while the idea has merit, it is still untried, and he would not judge anyone unfavorably if they think the plan sounds too risky.

“We’ll see what the markets have to say,” he adds.